A Small Brick With A Big Footprint

This week we take a look at a household name and something that many of us grew up playing with – namely Lego.

Two years later he named his company LEGO after the Danish phrase ‘leg godt’ which when translated into English means ‘play well’.

As of July 2020 Lego had produced 650 Billion bricks, that’s enough for every person alive today to have an average of 83 pieces!

The annual production of Lego bricks averages approximately 36 billion, or about 1140 pieces per second.

On average, Lego produces a whopping 318 million plastic tires a year, making that approximately 870,000 mini-tires a day – which is more tires per year than tyre manufacturer Goodyear make.

This means that there is a lot of Lego in the world and the majority of it is made from plastic.

In fact, most Lego pieces are made of durable ABS plastic and will take over 1200 years to decompose, meaning they will be around long after you.

You just have to look at how pieces from the 1950s still work with modern sets to see how durable it is. 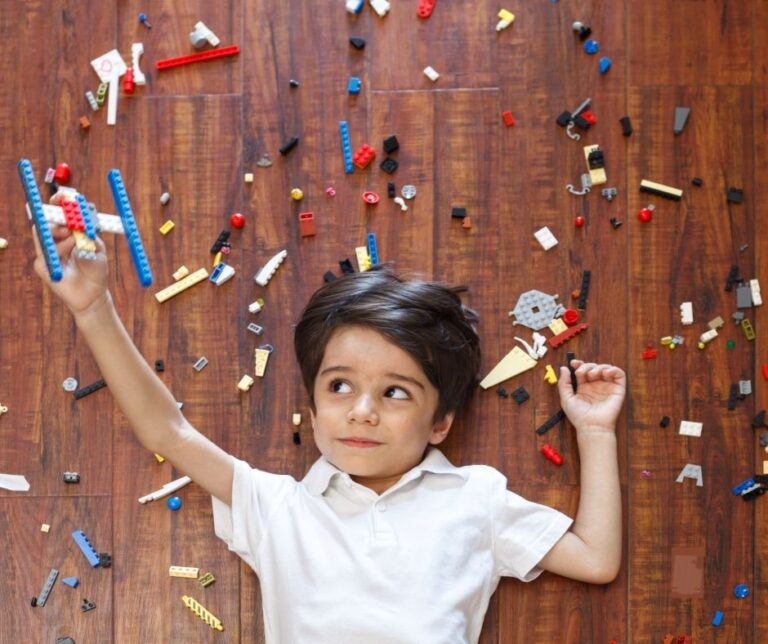 This means Lego has a significant impact on the environment.

The company itself is aware of this and when asked about the impact of plastic as a material, the CEO of Lego, Niels B. Christiansen said:

“We know plastic is the ideal material for our purposes, which is why we want to obtain it responsibly. This is the goal we’ve set ourselves for 2030.”

More than 80 Lego elements are made from sustainably sourced polyethylene, and they expect the Lego bricks of the future could be made from both plant-based and recycled sources.

Lego has begun trials of making bricks from recycled materials which helps lower the impact on the environment.

Their research has led to a prototype made from PET plastic bottles!

They are also getting rid of plastic packaging and looking at sustainable sources for their boxes.

That’s what Lego is doing, but what can you do to make your love or your child’s love of Lego more sustainable?

You could look for the new innovative Lego sets such as the new Lego tree house kit made with plant-based materials.

You could buy Lego second hand – remember it lasts forever and second-hand Lego works just as well as new Lego.

If you live in the US or Canada Lego are also running a Freepost return policy called ‘Give Back Box’ where the returned bricks are cleaned and sent out to schools and charities.

In the UK you can always donate your unused blocks to schools and charities (such as Autism Bricks UK) or children’s hospitals as they will always find a suitable new home!

You can even sell your unwanted Lego in places such as Music Magpie who buy by weight.

There you have it – a staple of every child’s toybox that has a significant impact on our environment – it makes you think, doesn’t it!

‘Playing with Lego is one of my first childhood memories. I used to build anything I could imagine with it. Lego stimulates the imagination and is a great tool for child development. I had never thought of the environmental impact it would have, so it’s good to see Lego as a company embrace the change it needs to make one of the world’s most loved toys sustainable.’

If you want to learn how to lower your footprint and help reforest the planet, take your first step on your journey to a sustainable future by subscribing to Play It Green for as little as £1.25/week.