I belong to a generation who has grown up knowing that our planet is dying. The grief we feel is one of the many ways eco-anxieties can manifest.

Other forms vary from feelings of powerlessness over individual decisions to the fear of your community being displaced and forced to relocate.

Those who experience eco-anxiety don’t need to be fixed; it is a healthy, rational response. It is inevitable that external forces will impact our mental health.

However, many of us neglect to acknowledge this due to a cultural shift away from the natural world.

Allow yourself to be held in communities. Becoming part of a strong community of support will allow you to engage with the climate crisis effectively.

It is important to have access to a space you can freely express yourself within. Change is created by listening, empathizing, and accepting worries being expressed.

The right community for you will allow you to feel seen and help you to connect with your humanity through the shared journey from anxiety to awareness. Facing the difficult truths of climate change is easier within a community who will care for you by offering emotional support.

There is a desperate need for not only a scientific transformation, but a spiritual and cultural one. This transformation will be defined by a shared climate resilience where communities will possess the ability to prepare for, recover from, and adapt to the impacts of our climate crisis. 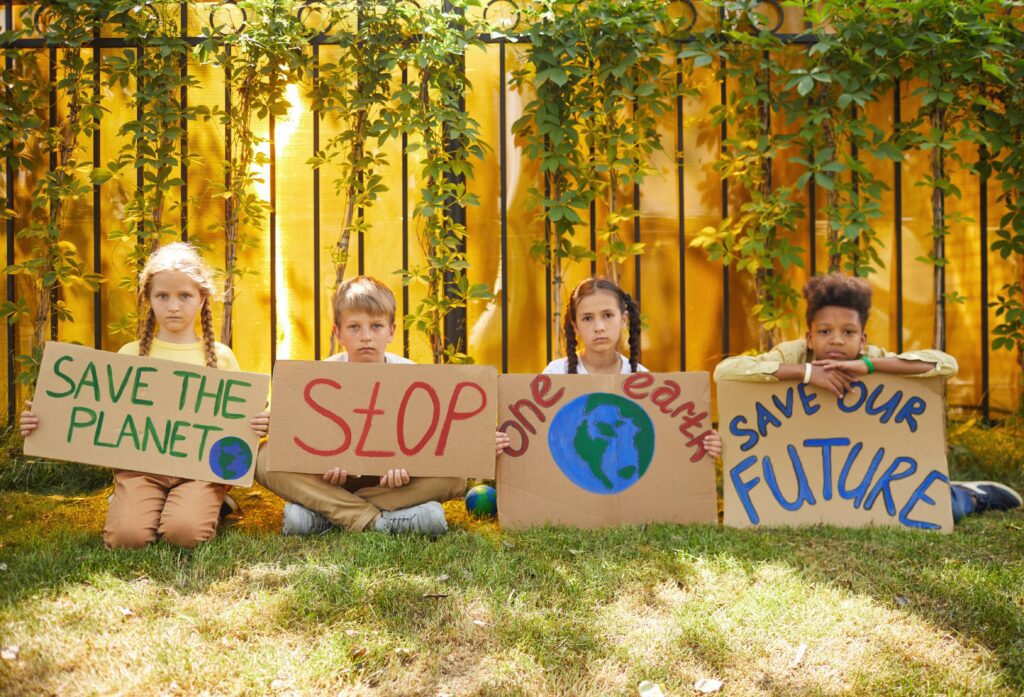 Eco-anxiety is not shared equally across the globe.

The poorest countries (places such as Haiti and Bangladesh) lack concrete environmental policy, food security, and sufficient protection of natural resources. Therefore, they remain the most vulnerable.

A shocking and enraging revelation is that the countries who contribute the least towards global warming often endure the most suffering because of it. Many people live under poverty-stricken circumstances with scarce access to resilient infrastructure such as silt housing, transport for emergency situations, and an adequate health care system.

All communities suffer anxiety surrounding climate change, but it becomes extreme when the consequences affect you directly. This is part of a waking up process where people gain awareness because an event takes place; lived experience becomes identity.

For these reasons, it is vital to consider the hardships of marginalized communities within eco-anxiety discourse.

While communities don’t feel the brunt of climate change equally, nor do individuals. Our experience dramatically differs depending on race, ethnicity, gender, and where we live.

I believe that cultural attitudes of colonialism and other injustices are the forces that have allowed less developed countries to suffer so horrifically.

Climate change is a negative consequence of industrialization, which has allowed powerful European nations and the U.S. to accumulate wealth; living at the ecological expense of other countries.

It would be imposing a ‘double standard’ to demonize developing countries for using the same means of manufacturing to strengthen their economies. The climate crisis has roots in the entitlement of developed nations who have created a toxic culture of inconsideration.

To transform eco-anxiety, we must encourage global empathy and action.

The current voting population have acted irresponsibly by not participating in local elections and not translating their climate concerns into success for more environmentally conscious political parties.

Whilst there is no denying that both younger and older generations care deeply about the climate crisis, it is specifically the younger population who will inevitably face the worst impacts of climate change, despite contributing the least towards emissions.

For us to build resilience, it is vital for younger people to realize that we are key stakeholders in climate change adaptation. We must learn to tolerate the psychological uncertainty which threatens our ability to process information and make decisions.

The urgency of the climate crisis can make us feel an extraordinary amount of pressure to act now and guilt if we don’t. But the burden of solving, fixing, and pushing for justice is not our generations alone.

Instead of tokenizing younger activists, it is important to consider what drives them to occupy a position to speak up on behalf of future generations. Young people feel severely underrepresented by legislators.

It is disappointing that younger people, people who belong to marginalized communities, and those who inhabit developing nations all contribute the least to the climate crisis, but receive the worst representation and will face the most devastating consequences it brings.