Yesterday at COP26 was all about how nations can work together to help the most vulnerable adapt to the effects of climate change (you can read our summary of that here).

Today saw even more announcements on how this will be done.

An Adaptation Research Alliance (ARA) has been launched, bringing together 90 government, research institutions, academics, and community groups to increase the resilience of the communities most affected by climate change.

The U.K. and Canada are jointly funding their first major programme, CLARE, with £110m. The scheme will support the development and rollout of solutions that could benefit up to five million people, mostly located in Africa.

A number of countries, including the U.S., Canada, France, Germany, and Ireland, have also committed a total of $413m to the Least Developed Countries Fund.

This was created in 2001 to support the world’s most climate-vulnerable communities and, to date, has provided $1.7bn in grants for projects supporting climate adaptation.

While these announcements took place, the morning discussions focused on science and innovation and how they can be used to tackle climate change.

Launched at COP21 in Paris, Mission Innovation aims to make clean technologies in hard-to-abate sectors more affordable, accessible, and attractive than their higher-carbon counterparts by the end of the decade.

This is in line with the ‘Breakthrough Agenda’ signed by more than 40 world leaders last week, which focuses on the same areas.

The project has financial backing from many, including Bill Gates and the World Economic Forum, and in 2019 their participants represented more than 90% of global public investment in low-carbon energy innovations.

Also announced this morning was a separate Industrial Deep Decarbonisation Initiative (IDDI). Nations such as the U.K., the U.A.E, India, Germany, and Canada have all committed to disclosing the carbon emissions of major public construction projects by 2025 at the latest.

This will give a baseline to then develop a 2030 reduction target for embodied carbon with a goal of getting it to net-zero by 2050.

On top of this, 47 countries have also committed to building low-carbon, sustainable health systems which will be able to withstand the impact of climate change.

Together, these countries represent over a third of global health care emissions, with 12 out of 42 of them having a net-zero dealing of 2050 or earlier.

Lastly for science and innovation, the U.K. Government announced a £7m fund for space innovation, with a focus on climate and environmental management.

This will go towards a number of projects, including a network of satellites that will identify energy inefficiency hotspots by measuring thermal emissions from building, and a forest management tool that will monitor the health of ecosystems from space. 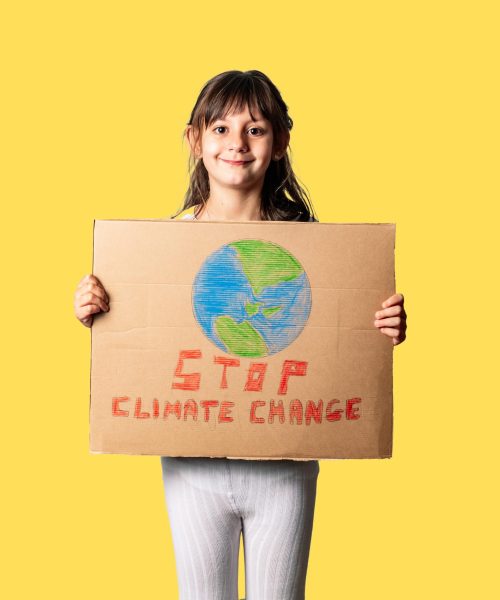 As well as being Science and Innovation day at COP26, gender also took the spotlight.

There are many ways in which the climate crisis and gender intersect. For example, research has repeatedly shown that women are more likely than men to be displaced by physical climate impacts.

The lack of equal access to education and family planning services also prevents many women from participating in climate solution development and implementation.

Additionally, women have not historically been, and are often still not, properly represented in governments and businesses at international climate talks such as COP.

The She Changes Climate campaign, who gave a speech today, has called on all parties attending to put forward a 50/50 delegation of diverse women at tops levels.

Highlighting this issue is the fact that the U.K., as host, has not even come close to achieving this target, with 10 of the 12 most senior team members sent being men.

Many countries have announced today how they plan to address this issue, for example:

That’s all for today, but we’ll be back tomorrow with more updates. In the meantime, make sure to follow us on Twitter to stay up to date.