Earthships: The Homes of the Future, Made from Trash

In the early 1970s, Mike Reynolds took up a new hobby; off-road motorcycle racing on the high desert plateau around Taos, New Mexico. He had just graduated from architecture school at the University of Cincinnati and was trying to injure himself to avoid being drafted into the Vietnam War.

He never left and instead began to construct dozens of ‘Earthships’ from tires, dirt, and other garbage, attracting quite a few eye-rolls at the time. These off-the-grid, self-reliant houses, or ‘vessels’, as Reynolds calls them, have long been an offbeat curiosity for travellers.

Now, with people becoming more environmentally conscious than ever before and fearing the worst effects of the climate crisis, they have become increasingly popular.

Still, new Earthships would often sit dormant for years. That is, until 2020, with the pandemic bringing a surge of interest in self-sufficiency, meaning the houses are sold even before completion.

To those buying them, Earthships offer an entirely new way of life, one free of grids and bills and a clean break away from, as they see it, a continually deteriorating world. 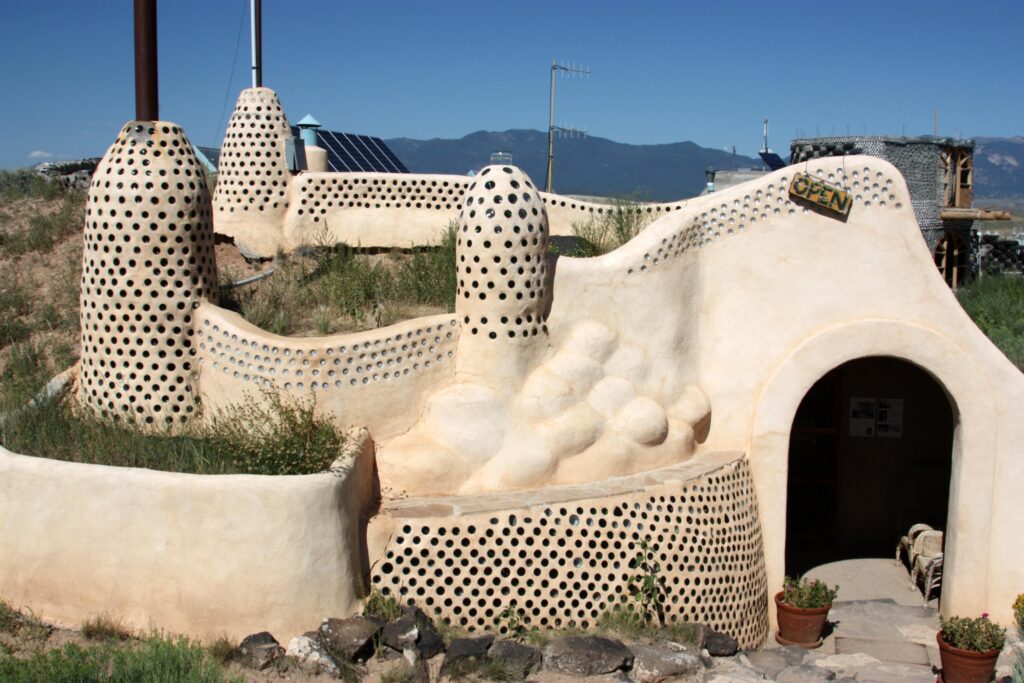 In reality, only about 40% of a typical Earthship is actually built from ‘trash’ with, for example, the foundations and walls being made up of hundreds of used tires packed with dirt.

These work together with large ‘passive solar windows’, which let in the sun during the winter and keep it out in the summer, keeping the structure at a comfortable room temperature.

While Earthships can look completely different from one another, they all share the same set of core organs. This includes, for example, the water organization module, which filters and separates water as it moves throughout the house.

In this system, water is first used for drinking, showering and hand washing before moving to interior plants. The resulting ‘black water’ is used in the toilet before being flushed into a septic tank, where it fertilizes outdoor plants and can then be safely released into the groundwater supply.

Overall, Earthships use about one-sixth the power of a conventional house and, on top of that, can produce 25 to 50% of the food its residents need. This, of course, depends on a multitude of factors such as diet and climate, says construction team leader Phil Basehart, but if you follow a plant-based diet, you may never need to buy food again. 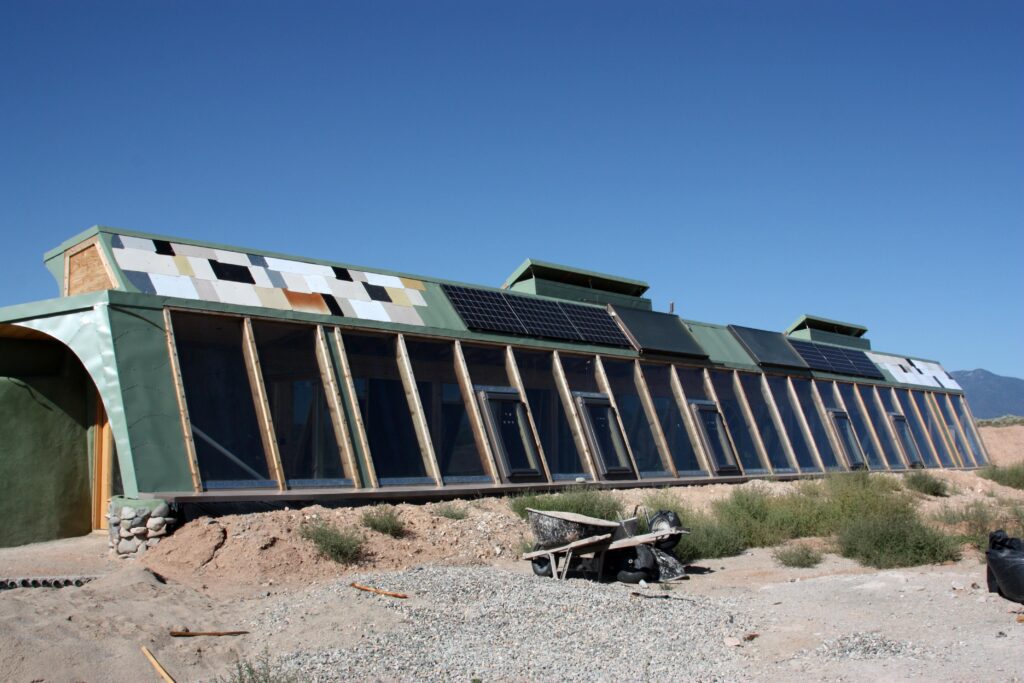 Earthships hold a lot of potential as the new sustainable houses of the future, but it’s not all good news. They are still experimental, evolving, and imperfect structures, plus far out of the price range for most families.

There are plenty of stories of failed builds and abandoned projects, sometimes even after tens of thousands of dollars have been spent. Reynolds himself has faced several lawsuits from unsatisfied buyers, now warning those curious to first participate in an Earthship Academy.

Here, students take classes on construction and maintenance, as well as helping out with the builds themselves. However, that’s not cheap either, costing those enrolled 1,000 dollars a month.

Reynolds team has also been running into permit problems, especially when trying to build multifamily and commercial structures. Instead, they have been forced to experiment with new projects in places with much looser building codes.

While they have had their share of disasters, including one in-progress school devasted by an earthquake in southern Haiti, some of the builds have gone incredibly well. This includes a typhoon shelter built in the Philippines and a number of disaster relief homes set up in Puerto Rico.

Sustainability lead for events and experiences at Google and Earthship owner himself, Trent Wolbe, believes that they are the way forward. “They’re super inspiring from a sustainability point of view. If you’re a builder, or someone who is interested in doing off-grid systems and expanding where people can live reliably, then all signs point to Earthships.”

What exactly the future holds for these Earthships remains unknown, but it’s clear they represent humanity’s desire to change the way we live and finally embrace a more sustainable future.

Become Part of the Climate Solution

'Sustainable living' doesn't have to mean uprooting and changing your whole life. Play it Green makes it simple: for as little as £1.25 a week you can help to plant trees and reduce poverty, lower your own footprint, and give back to a good cause of our choice. Why not start today?
Sign Up