After a dramatic final against tournament favourites, Spain in Sarajevo, Germany won the UEFA European Women’s Under-17 Championship, levelling late on in the game before eventually winning on penalties.

This marks the eighth time Germany has won the championship, and both of these teams were in the final for the ninth time in 13 whilst they were facing each other in the decider for the sixth time.

The game was always likely to be a tight one as both teams had not conceded a goal in the competition before the final and it was Spain that started more brightly.

The flow of the game quickly turned when Germany nearly scored twice. Mara Alber broke from the right and fed Alara Sehitler, whose shot was deflected onto the bar. Alber got clear and rounded Sofa Fuente not long after, only to slice her attempt wide.

On the quarter-hour mark, the holders’ opener come as the ball was only half-cleared, allowing Svea Stoldt to fire beautifully, first time, from the corner of the box. Spain fought back impressively, drawing level in the 28th minute as skipper Marina Artero rose to head home a Vicky López free-kick.

It remained all square at the break and despite chances for both sides, it ended 1-1 and penalties were needed to separate the two teams.

It was time for Germany’s keeper Boettcher who proved to be the hero. She stopped three of Spain’s five penalties, from Nina Pou, Raquel Igo, and López, igniting Germany’s celebrations.

One of the team’s senior coaches is Julia Simic, a prominent sports pundit and former German international who played for clubs including Bayern Munich, AC Milan and West Ham United.

As well as coaching the German U17 women’s team, she also supports the next generation of female footballers worldwide through her Football Academy, which has a sustainability partnership with Play It Green. 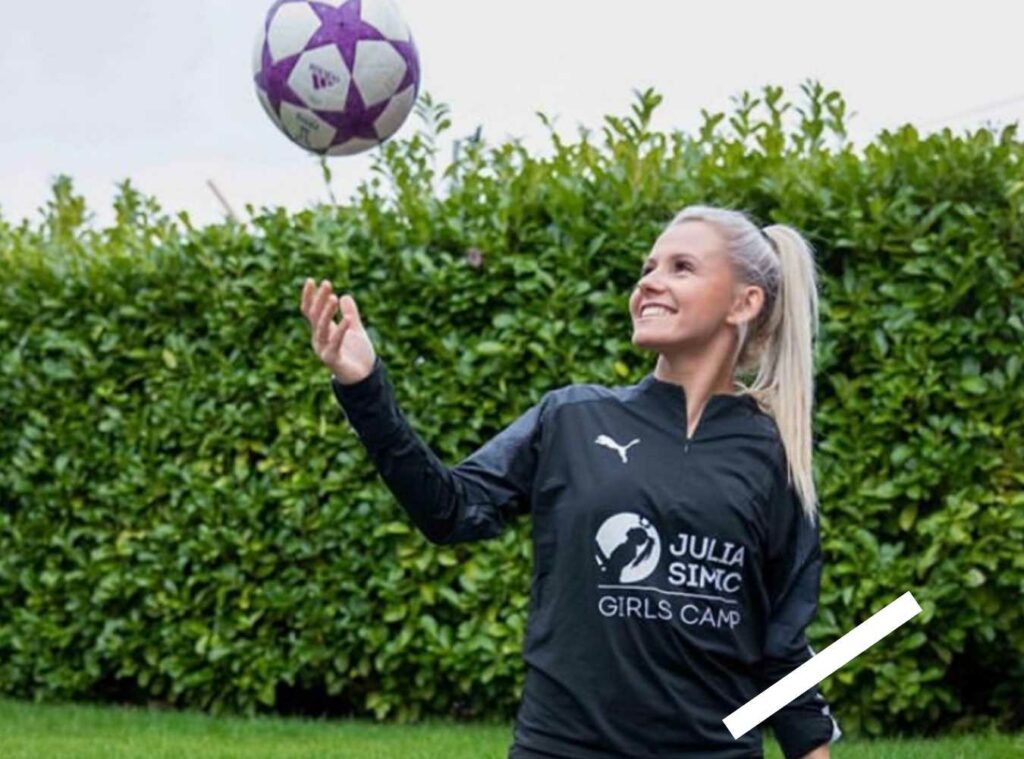 Play It Green’s very own Carys Burton was in attendance at Julia’s first UK soccer camp to deliver the learning session designed specifically for the camps and their young athletes.

“I’m incredibly proud of the girls for winning the Championship with our national team, they played spectacularly. Supporting the next generation of female footballers is something I’m very passionate about, therefore I created my own girls academy in 2019.

The partnership between the Julia Simic Football Academy and Play it Green helps them be more aware of the issues we’re facing today and how they can be part of the solution.”

“Play It Green was founded on the idea of sports being an influencer, able to create positive sustainable behaviour change. Play It Green’s partnership with Julia Simic and her soccer camps is the embodiment of that idea. Being able to educate and empower the young athletes is both exciting and heartening.”

The partnership ensures sustainability is at the heart of every camp, participants are empowered, and they make the biggest environmental and social impact possible.

One of the ways the UK camps are supported is through interactive climate change education provided by Play it Green, helping the next generation of athletes understand the impact sports can have on the environment.