You Can Be The Change

Great sustainability news comes in all shapes and sizes, but one thing is for certain, all the news is created by individuals.

Don’t let anyone tell you differently.

All the positive change you see in the world is created by individual actions and magnified by their communities.

Whether a community is a business team or a social group, when positive change happens, these communities help it grow. 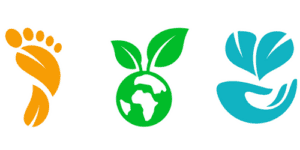 Dax Dasilva set up his business in 2005 in his parent’s garage and floated it on the New York stock exchange in 2019.

Following the flotation, Dax set up the Age of Union Alliance with $40M of his own money.

Then in a huge philanthropic gesture bought Seas Shepherd a boat!

Jump forward to last week and during COP15 in Montreal, Canada, he announced a $3.5M pledge to Junglekeepers.

Junglekeepers work to preserve the Las Piedras River which is near Madre de Dios, Peru’s capital of biodiversity.

This region, which is a part of the Amazon Basin.

It has pristine rainforests and some of the richest and most complex biodiverse ecosystems on earth.

The Amazon rainforest or the “lungs of the earth,” is thought to supply more than 20% of the planet’s oxygen.

“With this announcement, Age of Union will give Junglekeepers the means to oversee and execute joint conservation efforts with local conservationists.

Along the Las Piedras River, sharing the mission to protect an area of global significance,” says Dax Dasilva, Founder of Age of Union Alliance.

Age of Union, based in Montreal, aims to kindle a flame inside each person.

They work on conservation initiatives that address pressing environmental problems.

How’s that for one person’s actions creating what can only be called ‘great sustainability news’.

Did you know that by the end of 2022 global e-waste will have reached 59.4M metric tons?

A lot of this waste is down to the way products are manufactured.

Take for example laptops – if your motherboard dies, generally, you will need a new laptop even though the rest of it is fine.

However, in great sustainability news from the US, Dell is now working on a modular laptop called Concept Luna.

The Luna device can be completely dismantled in about 30 seconds.

This is done with the use of a push-pin tool and some manual labour.

Dell has developed their modular design to allow any component to be ‘snapped’ into place without the need for screws or cables.

When everything is put together, the new Concept Luna resembles a 13-inch laptop from Dell.

“By marrying Luna’s sustainable design with intelligent telemetry and robotic automation, we’ve created something with the potential to trigger a seismic shift in the industry and drive circularity at scale,” Glen Robson, CTO for Dell Technologies’ Client Solutions Group.

If a component goes wrong, or you want to upgrade it, soon you won’t need a new laptop.

Soon, you will be able to snap open the casing, pop out the old component and add a new one – no technician necessary!

This also means that all the parts from old laptops can be repurposed into new ones – circularity heaven! 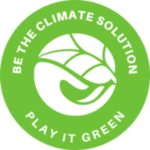 One of the inaugural winners of Airbnb’s national Host Awards 2022, which were just announced, is from Wales.

The Most Sustainable Host award went to Rachel Shiamh, who is the owner and builder of the Quiet Earth Eco House in Ceredigion.

Rachel’s steps to provide a sustainable visitor experience, include using biofuel and rainwater and building with natural materials.

However, this is not the first award Rachel’s build has won!

The first load-bearing straw bale house in the UK, The Quiet Earth vacation home was also a 2008 Grand Designs winner.

The eco-friendly, two-story house offers a cosy getaway with lovely views of the Teifi Estuary.

Because it’s off the grid, there are no hair dryers, so you’ll need to be up for a low-maintenance stay.

The open-concept kitchen has a wood stove that heats the entire house and power comes from the sun and wind.

How amazing that one person’s dream became such an award-winning reality.

Not only that, but being able to experience off-grid living will give plenty of people a chance to relax, reassess and see how great it can be.

If you want to find out more about the Quiet Earth Eco House or even book a stay, you click here to go to its listing on the AirBnB site.

Hopefully, our news stories give you hope for a sustainable future.

As you can see – change starts with individuals, and we hope you feel empowered to make a change.

It doesn’t matter how simple, but one change is a step and like any journey, the one to a sustainable future comes with many simple steps.