Is Cryptocurrency Harming Our Planet?

Since the introduction of Bitcoin in 2009, the use of cryptocurrencies has exploded and people are investing in them at a higher rate than ever.

There’s an issue, though. The environmental impact of most cryptocurrencies is just too big to ignore. Environmental activists have been talking about this issue for years, but nobody has raised as much awareness on this issue as Elon Musk.

The Tesla chief executive made headlines when he reversed plans to accept the cryptocurrency as payment for his vehicles saying, “Cryptocurrency is a good idea on many levels and we believe it has a promising future, but this cannot come at great cost to the environment.”

To understand why the environmental impact of cryptocurrency is so huge, you have to first understand how it works. Since cryptocurrencies are detached from the global financial and governmental system they need some other way to establish security and trust.

To do this, users who want to ‘mine’ a cryptocurrency have to solve complex puzzles using powerful computer systems. Solving the puzzle rewards the miner with the cryptocurrency and the transaction is represented by a ‘block’.

This block is then added to a larger chain called the ‘blockchain’ which is distributed among a large network of computers and kept secure at all times through complex systems. This makes it virtually impossible for anyone to tamper with a blockchain and ensures all transactions and users are protected.

This whole process uses up incredible amounts of energy making it quite expensive. Yet, for miners with access to cheap energy and efficient machines, the profit they make is usually worth it. 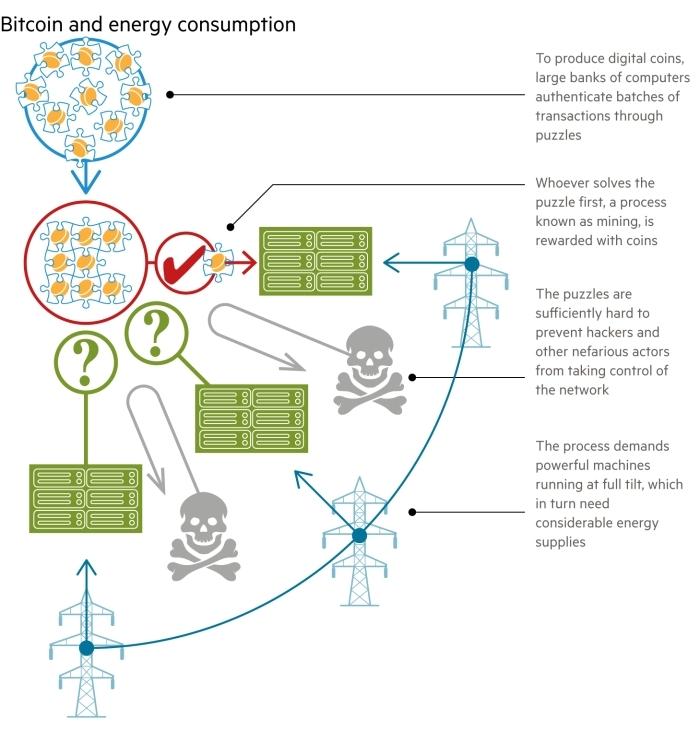 So, what actual impact is cryptocurrency mining having on our planet?

The most recent calculations from the Cambridge University’s Bitcoin Electricity Consumption index suggest that Bitcoin mining alone consumes around 134 terawatt hours a year of electricity. That places it just above Sweden and just below Malaysia in terms of electricity consumption.

The true figure could even be much higher given that the rising price of bitcoin attracts new miners and mining with older, less efficient equipment often makes financial sense.

Making matters worse is that around 65% of cryptomining comes from China, where coal makes up around 60% of the energy mix.

Solving this issue is where it gets complicated. Many people who invest in or use cryptocurrency are disconnected from and don’t often think about its environmental impact.

It’s a little like flying by plane. If you’re on the plane, you’re responsible for a portion of its emissions, but if you hadn’t bought a ticket the plane would’ve still taken off.

Similarly with NFTs, whether you use them or not, the mining will still go ahead.

Moreover, since the entire Bitcoin networks has already invested millions into hardware and infrastructure, it is becoming more difficult to transition to a more energy-efficient system. This is especially so given there is no central oversight body.

Thankfully, there are a number of new ‘green’ cryptocurrencies, as well as projects seeking to reduce the carbon footprint of the ones that already exist. 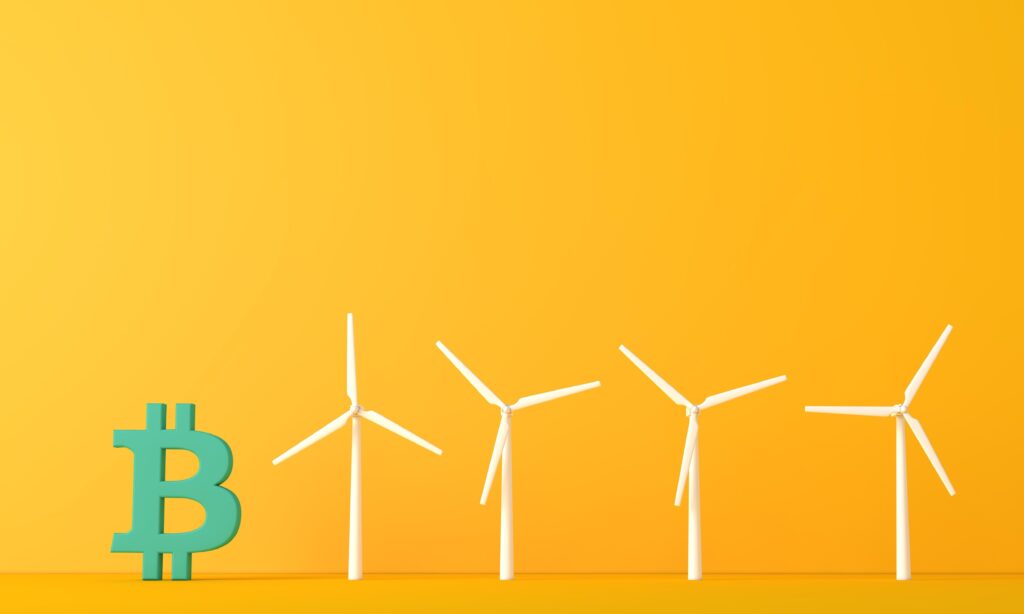 After Elon Musk spoke up on his decision to not use cryptocurrency in Tesla purchases, he met with the CEOs of top North American cryptomining companies to talk about their energy usage.

The response to this was the creation of the Bitcoin Mining Council looking to promote energy transparency within the industry.

The Crypto Climate Accord is another initiative, supported by 40 different projects, with the goals of making blockchains run on 100% renewable energy by 2025, and having the entire cryptocurrency industry achieve net zero by 2040.

These are incredibly high targets, but thankfully there are many proposed methods to obtain the energy needed in a more sustainable way.

For example, one suggestion to make cryptocurrency green is to move operations next to oil fields where waste methane gas can be tapped, piped to generators, and used to power the mining process. Similarly, a Bitcoin mining project being planned in West Texas plans to situate themselves near wind farms and use the excess energy produced.

While cryptocurrency miners, investors, and governments alike have largely ignored the environmental impact of cryptocurrencies over the past decade, change is coming.

It is likely that over the next decade we will see the rise of greener cryptocurrencies outcompeting the energy-intensive ones that came before them, such as Bitcoin or Ethereum.

The future of cryptocurrency definitely looks exciting, but those behind the currencies will have to be aware; if they don’t commit to change, it will have no future at all.