Shining a Light on Positive Action

As the nights draw in and the air feels a bit nippy you can see that the seasons are changing.

One thing that doesn’t change is the amazing actions that individuals and businesses are carrying out to make the world more sustainable and make our planet better.

From social impact to sustainable innovation, there is a rapidly growing movement around doing things better and Play It Green along with our community is proud to be part of that movement.

With that being said, today we shine a light on three newsworthy actions creating positive change which will give you hope for the future!

Our first eco-happy story comes from the Netherlands, via India!

One can see wind turbines spanning acres of land when passing through the outskirts of Rajasthan or Tamil Nadu.

Although wind farms are a fantastic alternative to fossil fuel power, they are expensive and take up a lot of room.

Whilst travelling through the area, Anand Mahindra an Indian businessman wrote on twitter:

“I often wondered how massive allocations of land (and air, given their height) for traditional turbines would be sustainable.”

As part of the tweet, he uploaded a video showing a new type of wind turbine that is shaped like a tulip and can “generate more electricity even when there is less wind.”

These “eco-art” turbines were created by Flower Turbines, a collective with offices in the Netherlands.

Installations of Flower Turbines can be found all around Rotterdam, Amsterdam, Colombia, Israel, and parts of Germany.

These tulip wind turbines are colourfully constructed in the style of the flower’s petals, in contrast to standard wind turbines, which have enormous rotating metal blades that frequently make loud clanking noises.

They can be installed anywhere, be placed in clusters, and don’t cause danger to birds or other wildlife, unlike traditional wind turbines.

The area of land needed is much smaller and when there is wind, these low-cost turbines are more effective at generating energy than solar power.

The turbines have not found their way to India yet, but Mr Mahindra’s tweet shows that there are cheaper, safer, more impactful innovations being created all the time, that can have global impacts!

Our next good news story is particularly timely, as very soon Play It Green will be announcing a new hospitality initiative and partnership and comes from Clermont-Ferrand, France where the Michelin Restaurant Guide is based.

These rankings honour chefs who care about the environment with green stars in addition to their prized red ones, as even the upscale fine-dining industry shifts towards sustainability.

In the past restaurants were rated on things like innovation, gastronomic excellence and novelty.

Chefs who are committed to helping the environment and have “eco-responsibility at their centre” can win the Michelin Green Star.

The recipients seek to inspire through green initiatives and are actively promoting the green transformation of the food industry.

These pioneers are aware of the influence they have on society’s environmental viewpoints as well as the effect their restaurant is having on the environment.

There are currently 391 restaurants worldwide with the Michelin Green Star whilst just 12 months ago there were 291.

As with any other industry, when green change starts to happen, especially with a community of like-minded people, the change grows and grows!

It will be interesting to see how many Green Stars are given out in 2023 and what impact it has influencing the industry as a whole to take the sustainable journey! 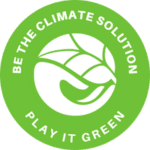 Our final news story of the week comes from the UK where innovation for the building industry could generate circularity and a massively reduced footprint when it comes to building materials.

The K-Briq brick by KENOTEQ, which is made out of more than 90% building waste, recently won the public vote for the 2022 Dezeen Sustainability Award.

With 35% of the vote, the product won the Sustainable Design of the Year award. 90 different countries submitted more than 5,400 submissions for the awards.

The awards, which have been called one of the most important architecture and design competitions in the world, were judged by experts in the sustainability world.

Kenoteq was founded by Professor Gabriela Medero and Dr Sam Chapman in 2019 as a result of more than ten years of study at Heriot-Watt University on sustainable building processes and materials.

“The K-Briq has successfully driven ‘sustainability in construction into the public consciousness and we are now working in partnership with the construction, architectural and design industries to support their shared ambitions in the drive to net zero.”

At the 2020 Times Higher Education Awards, The K-Briq was named the STEM Research Project of the Year. The Scottish Environment Business Networks 2022 VIBES Awards have also shortlisted it and their awards take place next month.

With research showing that the construction industry is responsible for between 25 and 40 per cent of the world’s carbon emissions, this is welcome news indeed!

The K-Briq will begin commercial production in late 2022 after completing final certification and will offer construction companies a more sustainable alternative, allowing them all to take another step to a more sustainable future!

That’s the news we loved for this week – hopefully it gave you a feeling of positivity!

Three stories to give more hope for the future and to shine a light on how individuals and organisations can unite with a common cause to create global change!

Community is key as together, we are stronger.

Join Play It Green and be the solution to climate change