COP26 is in full swing, and carbon emissions and clean energy are not the only topics being discussed. Nature and how we can reduce our impact on it has also been a top priority.

Sustainable development goals 14 and 15 look to do exactly this.

Goal 14 is all about life in water. It looks at how we can conserve and sustainably use oceans, seas, and marine resources.

Goal 15 deals with life above ground, seeking to protect, restore, and promote sustainable use of terrestrial ecosystems as well as halt and reverse land degradation and biodiversity loss.

Nature, whether in water or on dry land, is what makes the Earth habitable for humankind. It provides us with food and water, regulates our weather and climate, and is even responsible for the oxygen we breathe.

The oceans are also relied on by more than 3 billion people for their livelihoods, and more than 80% of world merchandise trade by volume is carried by sea.

This precious resource is sadly being destroyed by human activity. As a species, we have altered almost 75% of the world’s surface, squeezing wildlife and nature into smaller and smaller pockets.

Overfishing, waste, and pollution are also causing the rapid deterioration of marine ecosystems, and we are not the only ones impacted.

Biodiversity is currently declining at a faster rate than at any other time in human history, and around 1 million animal and plant species are currently threatened with extinction, some within decades.

If we are to solve climate change, we cannot just focus on emissions. We need transformative changes that will allow us to restore and protect nature too. 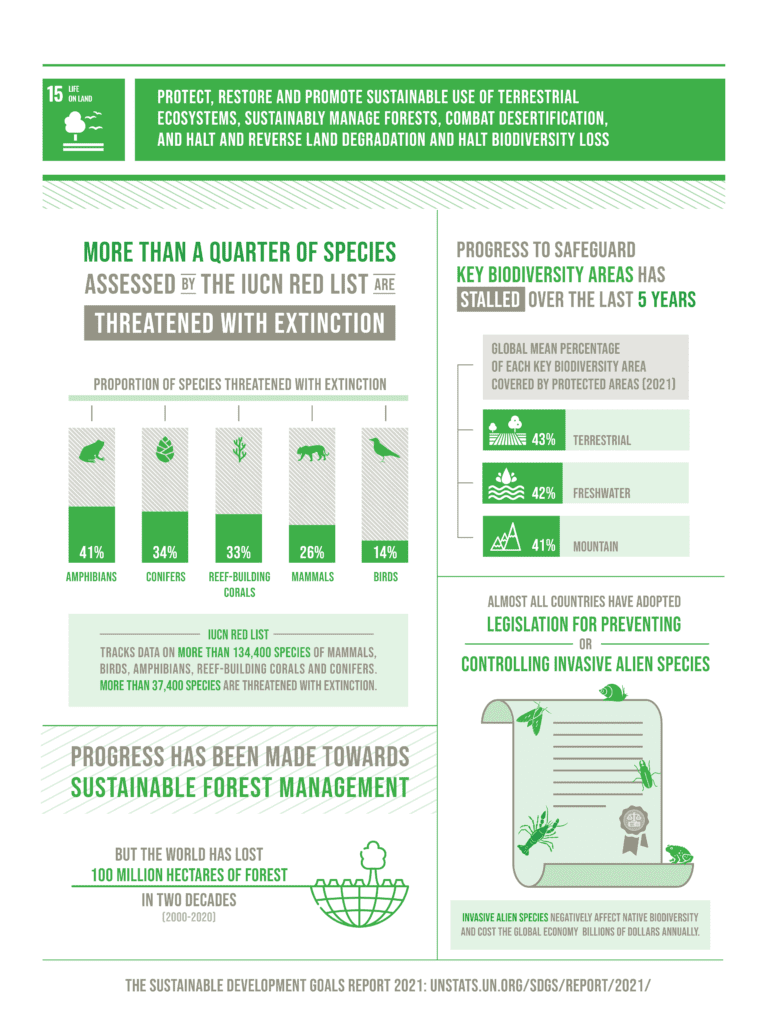 Oceans and forests, as absorbers of CO2, both play an incredibly important role in regulating the Earth’s temperature.

The ocean, in particular, is critical, absorbing around 23% of annual CO2 emissions from human activity as well as absorbing more than 90% of the excess heat in the climate system.

While this does help mitigate the effects of climate change, ocean heat is now at record levels.

Plastic waste also has a terrible impact the world’s oceans, with 5 to 12 million metric tonnes of plastic dumped into waters every year.

Worsening this is the fact that about 80% of all tourism takes place in coastal areas and, in some countries, the industry supports over a third of the labour force.

On land, deforestation and desertification are both major issues threatening vital ecosystems. Not only that, they pose significant challenges to sustainable development and affect the lives and livelihoods of millions of people around the globe.

This loss of nature, particularly biodiversity, is irreversible, and if immediate changes are not made we could risk losing it forever.

Thankfully, there have been improvements and, along with new targets set in the past week at COP26, will help us restore the environment worldwide.

For example, the mean protected area of key marine biodiversity areas increased globally from 28% in 2000 to 44% in 2020. Improved regulation and effective monitoring and surveillance have also successfully restored overfished stocks to biologically sustainable levels.

However, the adoption of these measures has been slow, particularly in developing countries.

Current efforts to protect these environments and to invest in ocean science are not enough and will need to increase if we are to protect this vast, yet fragile, resource.

Deforestation has also slowed in the past decade, although between 2000 and 2020 there was a net loss of almost 100 million hectares of the world’s forests.

This, as with marine degradation, varied by quite a bit geographically. In the same time frame, forest area increase in Asia, Europe, and Northern America but decreased in sub-Saharan Africa and Latin America.

Despite this, certified forest area and the proportion of forest area in protected areas and under long-term management increased or remained stable globally and in most regions of the world. 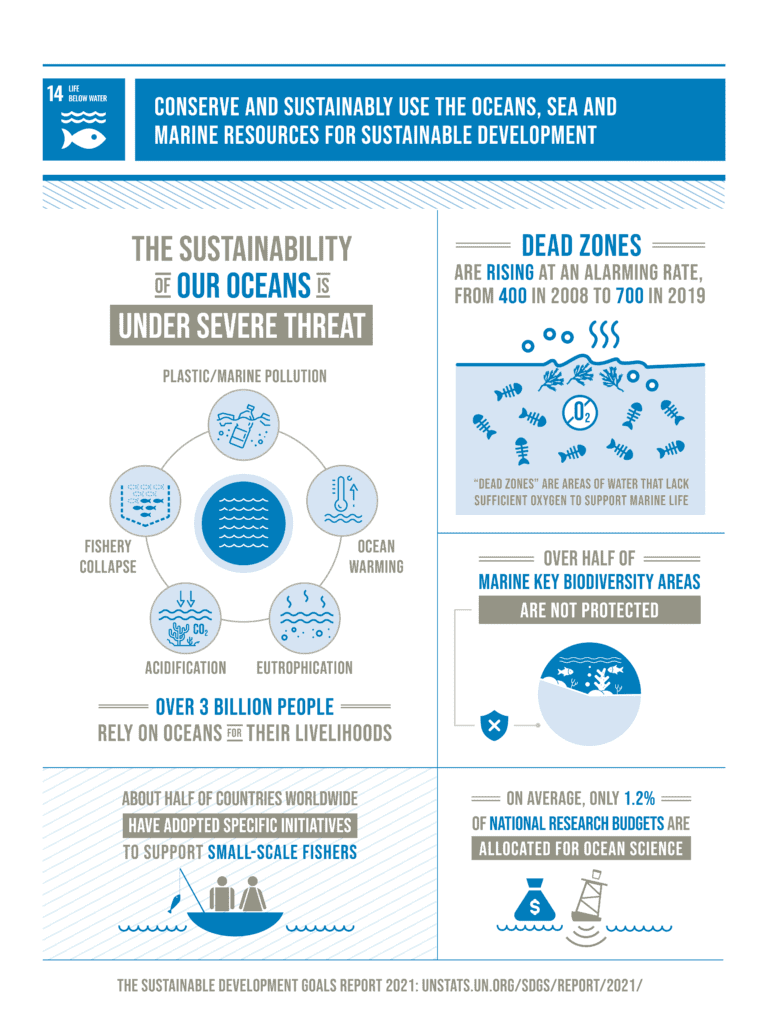 Protecting our nature will require a huge amount of international cooperation.

World leaders and organisations around the world need to establish comprehensive, effective, and equitably managed systems of government-protect areas to preserve biodiversity.

New targets and commitments made at COP26, such as putting an end to deforestation by 2030, if successfully carried out, will go a long way towards this goal.

There are, of course, changes you as an individual can also make, particularly as a consumer.

When buying or eating food, for example, try to eat local, sustainably-sourced, and ocean-friendly products. You can check out Play it Green’s sustainable label guide to find out how to do this.

Eliminating plastic use, reducing the amount you consume generally, and recycling can all also help you protect nature and our environment.

You can even get involved in community projects which help protect your own local environment.

At Play it Green, we are doing our part to protect nature and repair the environment by sustainably planting trees. This also provides jobs for life to the local communities who tend to and care for them.

Most importantly, however, each and every one of us can help by spreading the message of why biodiversity is so important and what we can do to protect it.