The release will be the first publicly available example of a new, bioplastic vinyl alternative developed by Evolution Music as part of their mission to decarbonise physical product production in the music business.

Visitors to the Independent Label Market were able to enter a prize draw to win one of twenty of these extremely limited vinyl releases by visiting the Music Declares Emergency stall and buying a ticket. Those who didn’t attend the market still have the chance to win by entering the draw at: https://www.crowdfunder.co.uk/p/musicdeclares.

Music Declares Emergency will use all money raised to fund their ongoing work to place music at the heart of the climate conversation.

“We see this product as the first in a new wave of sustainable solutions that will help to address some of the most important issues of our time. Having support and advocacy from leaders in the music industry, particularly those at the forefront of tackling environmental and social issues, proves there’s a serious demand to move things forward, to turn around the huge impacts of the music industry, and quickly. This trial with MDE, Ninja and Secretly really illustrates a move towards ‘real world’ sustainable solutions and a commitment from the independent market to make significant changes.” 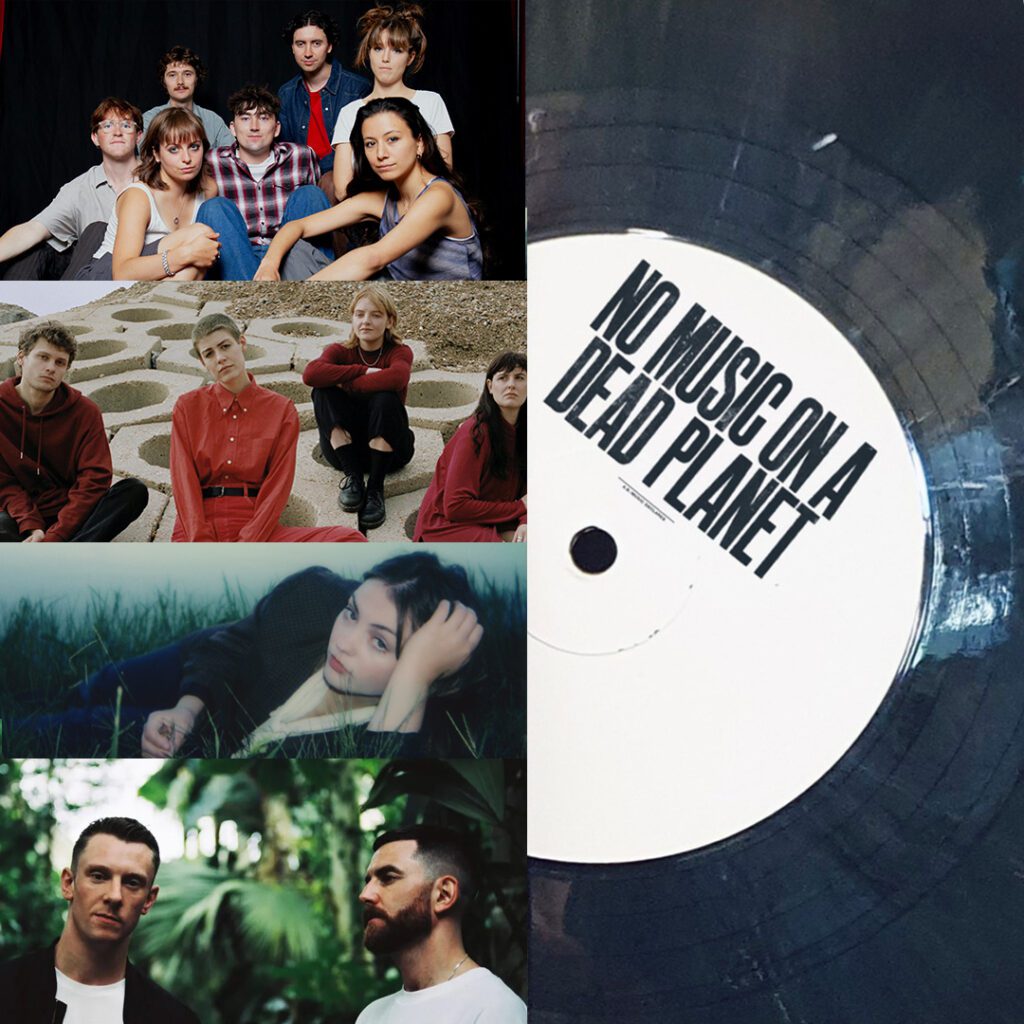 The release features songs such as Atlas by Bicep, taken from their UK Number 2 album ‘Isles’ which was described as “a tour de force of neon euphoria” by Resident Advisor and named as album of the year by the likes of The Observer, Billboard, NME and many more. Big Time by Angel Olson, the title track from her recent critically acclaimed album, described by Rolling Stone as “a jaw-droppingly confident step into the spotlight.” And Bread Song by Black Country, New Road, the fan favourite taken from their UK Number 3 album Ants From Up There, a standout release of 2021 with 5* reviews in The Observer.

“The work that Evolution Vinyl are doing to potentially put an end to fossil fuel-based plastic LP production is mind-blowing. We need more mavericks to create real disruption in the economy if we’re to achieve the slowing down of global warming needed. Secretly Group along with Angel Olsen and Porridge Radio are honoured to be working with them, Ninja Tune and Music Declares Emergency on this pilot release.“

At Play It Green, we work with music brands to create Climate Positive, previously partnering with Held By Trees on their debut album ‘Solace’. A new instrumental project bringing together veteran musicians from the stables of TalkTalk, Pink Floyd, Dire Straits and Blur, they planted a tree for every album sold.

Play it Green’s Climate Positive Music programme is unique.  We work with the Eden Reforestation Project in Madagascar to protect one of the most ecologically important and biodiverse areas on the planet.

A native tree will be planted for every physical album sold, lifting local people out of poverty through employment in the forests, which are protected for life. This balances all the carbon emissions that go into the production and transportation of the album. A portion also goes towards band’s chosen charity.

Weekly Tip: Care For Your Skin And The Planet

Why Sustainability Is Profitable