The weekend is over, it’s Monday and that means your weekly dose of sustainability news, focusing on the positives happening, to give us all hope for a greener future!

This week’s news comes from the UK, the US and Saudi Arabia and shows as ever how addressing sustainable change is happening within all parts of our global community.

Your first story comes from the UK and looks at a new product being launched by Quorn – the UniQuorn vegan nugget.

The nugget has been aimed at children and ‘picky’ eaters after the success of their dinosaur bites range.

The breadcrumb-coated nuggets are made of Quorn’s patented vegan meat substitute, which is said to be “naturally high in protein and fibre, low in saturated fat, and sustainable.”

We had a look at the process of making Quorn and its impact compared to red meat and found that because it consumes less water, emits fewer greenhouse gases, and utilises less land, it is better for the environment.

Quorn said that their child-friendly products will help families to ‘reduce their meat intake whilst giving a magical twist to the usual mealtime routine’.

“We know parents have a lot on their plates without worrying about how to keep their kids engaged at mealtimes too.

Our new UniQuorns are tasty, crunchy and 100 per cent guaranteed to please even the pickiest eater!

We’re so proud of how well our Roarsomes nuggets were received, so it felt right to expand our fantasy food range with a brand-new vegan product that enables families to have a magical meal which is healthy for them and the planet.”

The new UniQuorns launched in Iceland on 31 August 2022 and will hit the freezers in Asda, Sainsbury’s and Tesco throughout October and November. 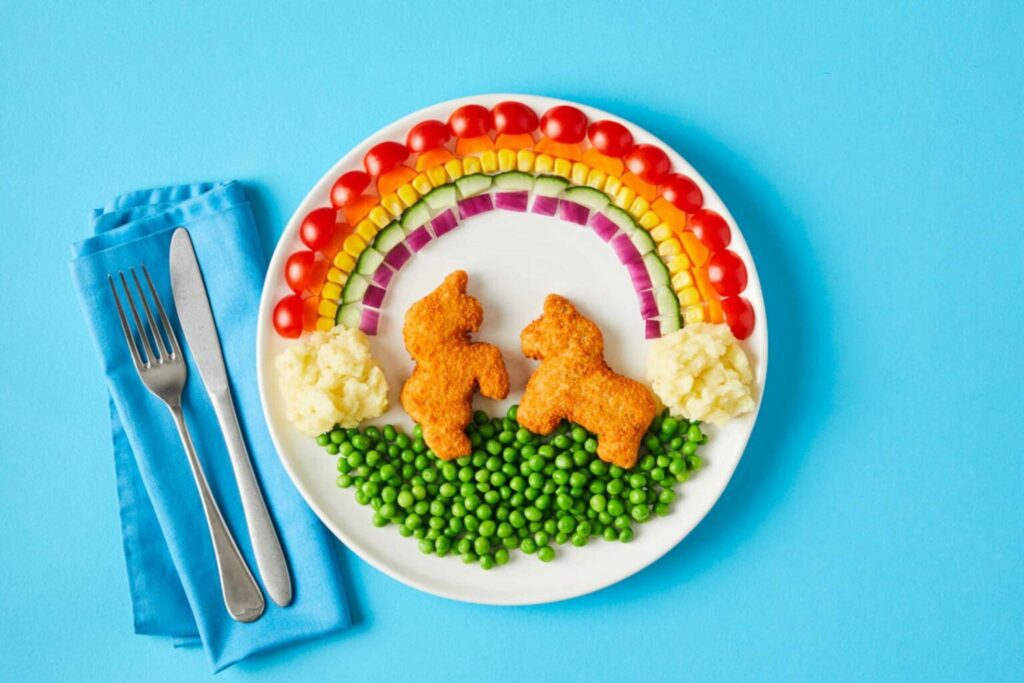 The label is inspired by French-American artist Louise Bourgeois and their name, ‘Rentrayage’ means “to mend” and to “make whole again“.

With that in mind, the New York Fashion Label takes old clothes, vintage fabric and deadstock together and uses them to give life to new creations.

Erin Beatty, the label’s founder said that her label ‘goes beyond stitching things back together in a new way and lays the groundwork for a new way of thinking along with innovative methods’.

One of their most popular pieces was a T-Shirt produced from two previously owned ones that were deconstructed and then joined vertically down the middle.

A fashion Frankenstein is created where two discarded items are joined to create something fresh and intriguing.

In an interview with Fashion United, Ein Beatty said:

“I started Rentrayage because I didn’t know how I could continue to work in the fashion industry without attempting in some way to evolve it.  Rentrayage is my effort to make change – to show a new way to create.”

With the fashion industry producing an estimated 92 million tonnes of waste annually each year and only 12% of it being recycled, we think Rentrayage’s methods could be upscaled to make a genuine change!

Sustainable Fuels to be Rolled out in Motorsports

Our final sustainability news of the day is one for all you speed lovers out there.

We head over to Saudi Arabia where Formula Motorsport has struck a preliminary deal to start using sustainable fuels in the Formula 2 and Formula 3 racing championships from 2023.

The deal should soon have the approval of the FIA the World Motor Sport Council.

This agreement is just one part of the FIA and Formula 1’s larger sustainability initiative which is aiming to make the sport carbon neutral by 2030.

By 2026 the FIA has made it mandatory that all levels of championships run their cars on sustainable fuels.

This news represents a key milestone in the journey of introducing 100% sustainable fuels from the start of the 2026 Formula 1 season.

This will be done alongside the launch of new innovative next-generation hybrid power units!

For many years, motorsport has been a leader when it comes to innovation that filters down to our family vehicles and this innovation is no different.

From better aerodynamics to hybrid engines, formula 1 has given the world many energy-saving and footprint-reducing innovations and it is great to see that it continues to do so.

That’s a wrap for our favourite picks of this week’s innovation and positive sustainability news. We hope you enjoyed it, that you learned something and that it left you feeling positive.