Did you know that E-Waste is one of the world’s fastest-growing waste streams?

We already produce over 50 million tonnes of it each year and that figure is only going to rise as electronics become more widely available around the world.

So what exactly is E-Waste?

This includes everything from smartphones, laptops and printers to refrigerators that have reached the end of their useful life.

In other words, anything that uses electricity that you want to get rid of.

Sadly, only 20% of global E-Waste is recycled each year, which means that 40 million tonnes of E-Waste are either disposed of in a landfill, burned, or illegally traded and treated in a substandard manner.

This is despite the fact that E-Waste legislation covers 66 per cent of the world’s population.

This results in a significant loss of valuable and critical raw materials from the supply chain, as well as serious health, environmental, and societal issues caused by illegal waste shipments to developing countries.

You may have recently read in the news that China and many Southeast Asian countries have banned all E-Waste imports.

Poor recycling practices that are harmful to the environment, such as burning cables to extract copper and gold from devices, endanger people’s health by exposing them to toxic elements. 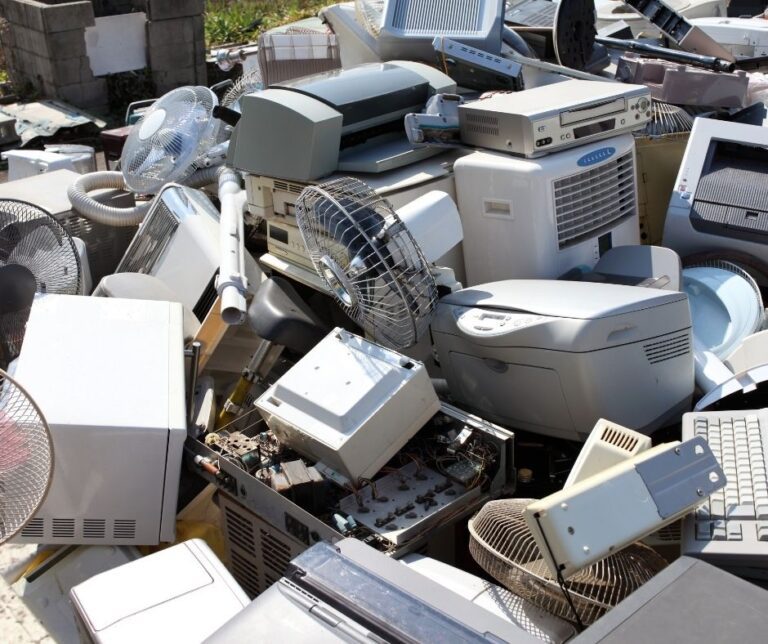 The World Health Organization has compiled a list of hazardous materials found in e-waste that pose health risks when in direct contact.

When materials such as lead, cadmium, and chromium are burned, they can be inhaled.

Toxic materials can also be retained in the environment and enter the soil, water, and food.

Children are particularly at risk of health concerns because their food, air, and water intake are considerably higher than their weight and height (as they are still developing), which increases the likelihood of hazardous chemicals being absorbed into the body.

The UK is one of the worst offenders in Europe with an average E-Waste production of 24.9kg per person, compared to 17.7kg in the EU.

Despite a ban on E-Waste exports to developing countries, the EU exports 1.3 million tonnes of undocumented goods each year.

The Basel Action Network ranked the United Kingdom as the worst offender in the EU in February.

But it’s not all doom and gloom!

Thankfully there are plenty of things you can do to help with this pressing issue and you can reduce the amount of e-waste you produce and its environmental impact by being more mindful of where it ends up.

The simplest solution to the e-waste crisis is to produce less e-waste.

The problem is that companies are constantly releasing new products, with incremental updates on their previous model.

Newer products appear and perform better than their predecessors, but novelty comes at a cost. 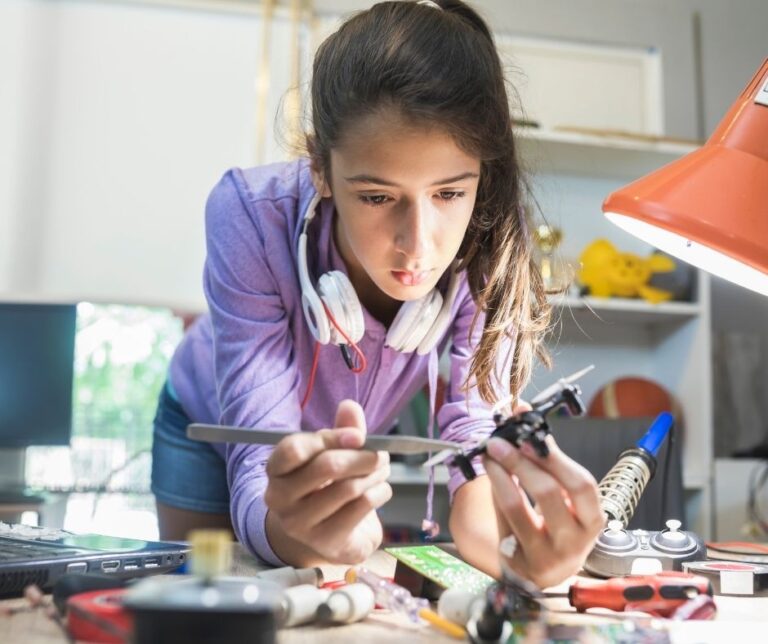 Instead of purchasing that flashy new gadget, stick with what you have.

You can also extend the life of your electronics by taking care of them.

When you don’t have to replace them as frequently, you save money.

You could also consider regifting, selling or donating your old tech instead of throwing it away.

Maybe keep hold of it as sometimes old tech gathers value, for example, original Sony Walkman’s now sell for over £1000.

People frequently throw away and replace broken electronics rather than having them repaired.

There are plenty of online resources such as iFixit, a website that has free repair guides for everything and provides trustworthy information that will assist you in getting your technology back in working order.

You can always recycle your e-waste (as a last resort) — just make sure you do it correctly!

Many towns and cities have e-waste recycling drop-off locations where these materials can be disposed of.

If you really must upgrade your tech then musicMagpie offers fantastic and sustainable services as the UK’s number one tech and mobile recycling service.

With over 6 million happy customers you can sell your old phone to musicMagpie for a great price and use the money towards an upgraded model on their website.

If they buy tech from you that they can’t repair or resell, they break it down into its component parts and use these parts to repair other items of tech.

For example, an iPhone may have a broken motherboard but a good screen so the screen and other working parts will be used to repair other broken phones, saving them from landfill.

This unique model means that E-Waste is reduced from the global figure of 80% down to around 2%, as everything that can be is repaired or repurposed and recycling is only done on the small amount that is left!

To help you take another step to a more sustainable future, you can sell your old tech to musicMagpie and upgrade to something newer and shinier with an extra 10% discount.

Simply head over to the musicMagpie website and use the code PLAYITGREEN10 at checkout.

Do you want to do more to be sustainable?

You can join Play It Green from as little as £5 per month and we will plant 13 trees a month on your behalf to REPAIR the planet and balance your footprint.

We will then send you a weekly tip, a weekly news article and a sustainable discount so that you can begin your journey to REDUCE your footprint.

Finally, we REGIVE 10% of all income to good causes, chosen by you.

I Want To Join Play It Green
Back to articles