Weekly tip 26 – Get a Sustainable Razor

Did you know that disposable razors are one of the most wasteful items in the bathroom and because they are made of a variety of materials, including plastic, steel, and rubber, they cannot be recycled?

It wasn’t always this way.

Razors can be traced all the way back to the Bronze Age.

The first modern straight razor complete with decorated handles and hollow-ground blades was constructed in Sheffield in the 18th century.

Daily shaving was not widely practised until the first World War when American soldiers were required to shave daily for their gas masks to fit properly.

This was made much easier with the introduction of the safety razor, which was standard issue during the war.

In 1875 a new design with a smaller blade placed on top of a handle was marketed by the Kampfe Brothers and began to replace the straight edge razor.

By 1901 American inventor, King Camp Gillette submitted a patent for a new type of safety razor with disposable blades.

Gillette recognised that selling a low-cost razor with disposable blades could generate a profit.

This is known as the razor and blades business model, and it has become a widely used practice for a wide range of products.

Cartridge razors (disposable head) and disposable razors were developed in the 1960s and are now the most common form of shaving in developed countries, employing the same razor and blades business model pioneered in the early twentieth century. 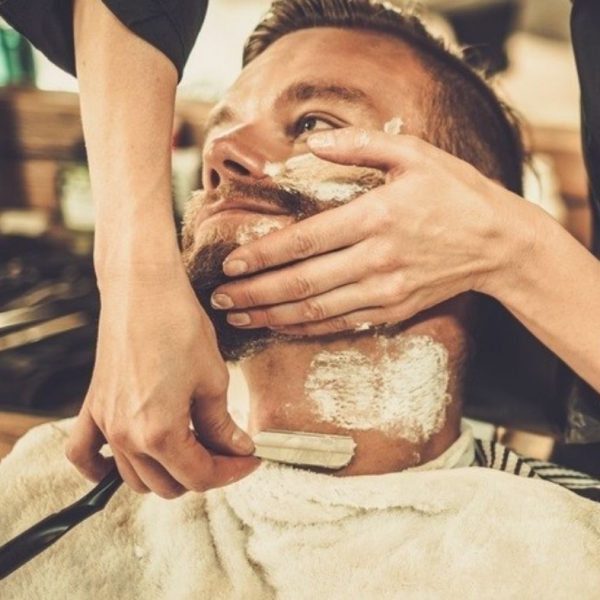 Most disposable razors are only good for 6-9 shaves before becoming blunt and destined for the landfill.

A typical person who shaves daily or nearly daily can go through 40-50 disposable razors per year. Over a lifetime of shaving, this equates to a staggering 2,500 razors (or more).

According to the website Statisa.com, in the UK alone In 2017, 60.7 million razors and blade products were sold, meaning that 60.7 million plastic items would be eventually discarded, becoming landfill waste and then microplastic pollution.

There is no global data for the impact of disposable razors although a recent study by the Environment Protection Agency estimated that 2 billion razors and refill blades are thrown away in the US each year.

Based on the above information we can do some maths!

The global population is currently 7.89 billion.

If we say that only 20% of the world’s population shave (using disposables) and we go with the lower figure of 40 thrown away each year, it still means a staggering 63.12 billion razor blades thrown away.

You read that right! Billions upon billions of blades are thrown away each year.

It’s not just about finding the space for this waste, or the plastic that ends up in the oceans or the energy and emissions used to make the razors.

Every time we throw something away, we throw away resources and our planet only has a limited amount of those!

So what can we do to shave more sustainably?

There are simple things we can do to make shaving more sustainable. 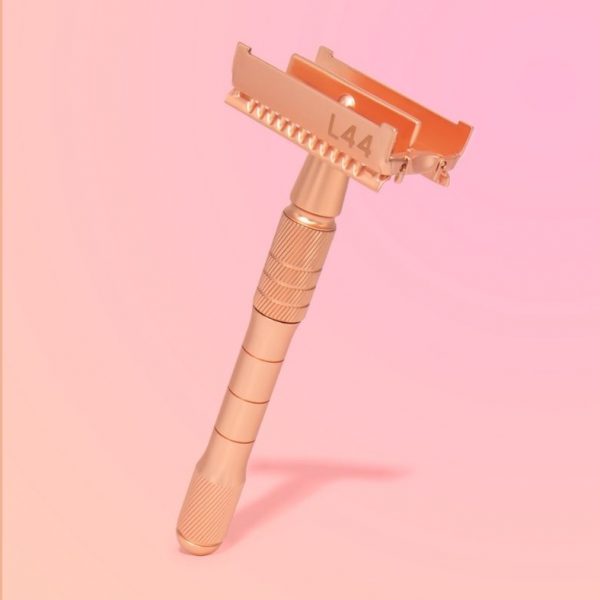 You can opt for a shaving soap instead of using foam or gel.

Gillette has partnered with Terracycle and offer a razor recycling scheme although the uptake on this has not been great and you have to send the razors back via postage.

The best way is to buy something that is reusable first and recyclable second.

Strangely, the original design from Gillette with a replaceable (recyclable) single blade with a reusable safety handle is one of the most sustainable options available and was used (as previously mentioned) by the US army in the early 20th century.

The handle can last a lifetime and the blades being made from a single piece of stainless steel are 100% recyclable.

One of Play It Green’s favourite reusable razor blades is made by Lane 44.

They have designed a fantastic handle that fits single safety blades and is vegan friendly and completely plastic-free.

Lane 44 blades aren’t just recyclable, they are sharper and gentler on your skin… plus they’ll save you a fortune

You can even get a razor bin to collect all your dull blades ready for recycling.

Unlike other services, you don’t have to subscribe to Lane 44 for your blades and if you do they are super competitive on price!

To help everyone take another step to a more sustainable future, the awesome team at Lane 44 have sent over a discount code for Play It Green subscribers.

Simply head over to their website and use code WELCOME30 at checkout to save a massive 30% and the planet.

Do something AMAZING today!


Join Play It Green for the cost of a coffee each month and we will help you to:
REPAIR the planet through reforestation, REDUCE your footprint with weekly tips and sustainable discounts and REGIVE 10% to a good cause of your choice.
Join Play It Green