While plastic bags and straws have received a lot of publicity, single-use baby products such as nappies also have a devastating and wide-reaching impact on the environment.

The modern plastic diaper wasn’t developed until the 20th Century.

Before, people around the world would use a piece of material, usually cloth, held together by a fastener which could then be washed and reused.

Then, in 1947, Scottish housewife Valerie Hunter Gordon developed the first-ever disposable nappy. This consisted of a disposable pad, made of cellulose wadding covered with cotton wool, worn inside an adjustable plastic garment.

Over the next decade, this industry skyrocketed, with the 1950’s seeing the founding of companies such as Pampers and Johnson and Johnson.

Today, single-use diapers are commonplace in many households around the world and, sadly, the vast majority of them still contain unrecyclable plastics. 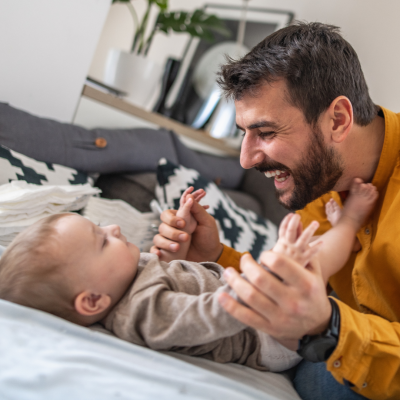 According to the charity Wrap, a shocking 3 billion nappies are through away in the U.K. every year, making up 2-3% of all household waste.

The vast majority of these disposed items then end up in landfills, where they make up 30% of the total non-biodegradable consumer waste.

They also only take 30 years to decompose, a relatively short amount of time compared to diapers which can take up to 500 years.

The process to make single-use nappies also requires large amounts of pulp, paper, and plastic. This means it uses significant amounts of water and energy as well as contributing to deforestation.

Diapers are not the only baby product that contribute to the problem of waste, either.

Many products bought for babies only get used for short periods of time to then be thrown away, from plastic bottles, dummies, toys, and even clothes.

However, unlike diapers, many of these things can be donated, handed down, or given to friends. 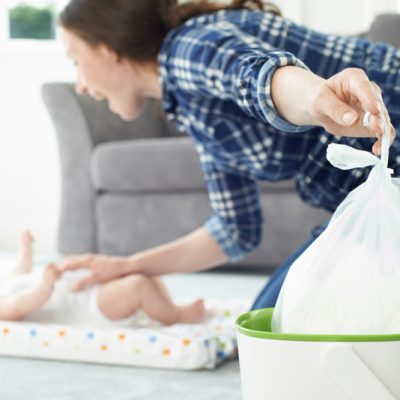 The good news is that sustainable baby products are only becoming more and more popular.

Reusable nappies, for example, have become a more prevalent option and help parents not only do good for the environment but also save quite a bit of money, too.

The Nappy Lady, based here in the U.K., are one of the most popular sellers of cloth diapers having been founded all the way back in 1999.

If you do opt for reusables, however, it is worth bearing in mind that the washing and drying process comes with its own substantial CO2 output. This can be helped, of course, by washing your clothes on a colder setting and letting them air-dry afterwards.

One of Play it Green’s favourite places to go for environmentally-friendly babies’ alternatives is Eco by Naty.

They make a range of baby products, including plant-based nappies and wet wipes. They contain no oil plastic and are all biodegradable, helping to cut down on waste and doing good for both the planet and your children.

To help you save a little money and make your next step into sustainability a little easier, you can use the discount code WELCOME10 to get 10% off your first order.

Join Play it Green for the price of a coffee a month to: REPAIR the environment through reforestation, REDUCE your footprint with weekly tips and sustainable discount, REGIVE 10% to a good cause of your choice.
Join Play it Green