The festive season is upon us, and Christmas, the most celebrated holiday in the U.K., is just around the corner.

It is a time we can all enjoy ourselves in the company of our family and friends. Yet, it is also the season we eat the most food, spend the most money, and create the most waste.

The British charity WRAP calculated precisely how much based on January rubbish and recycling collections. This totalled 3 million tonnes of general waste, including 230,000 tonnes of food and 125,000 tonnes of plastic packaging.

In fact, there’s almost so much overconsumption that it’s overwhelming. So, today we are just going to focus on one issue that’s particularly damaging to our environment; paper.

In 2016, the U.K. threw away 227,000 miles of wrapping paper, equating to four rolls a household. That’s enough to stretch around the world nine times.

Additionally, if all 1 billion Christmas cards we use each year were lined alongside each other, they would stretch around the world around 500 times.

What’s worse is that fibres found in cheaper types of wrapping paper are not strong enough to recycle; it’s often dyed and laminated and may also contain non-paper additives such as colouring, glitter, and plastics.

Then there is the added issue of sticky tape, which is still often attached to paper when thrown away. Landfill or even incineration are often the only options left. 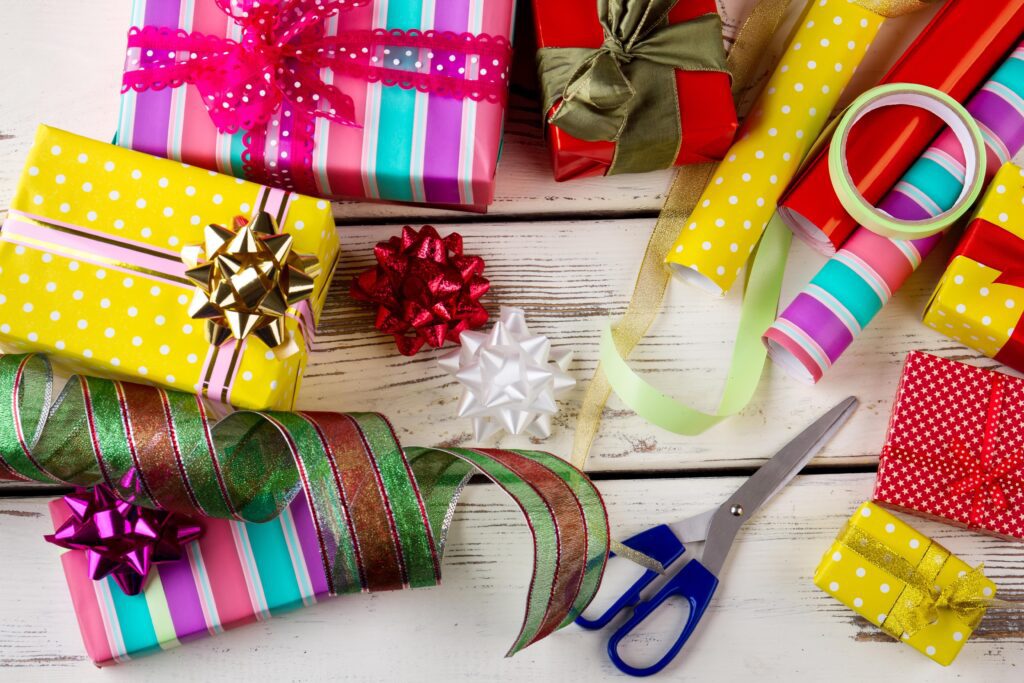 The impact paper waste from this time of the year has on the environment is astonishing. In order to make enough wrapping paper, around 50,000 trees have to be cut down. Microplastics are also a major issue, with decorations such as glitter polluting oceans and harming wildlife.

Cutting down trees in itself releases carbon emissions, but this is added during production and transportation.

A recent report by Greenpeace found that as little as one kilogram of wrapping paper emits three and a half kilograms of CO2 during its production. This, of course, does not take into account the impact of further packaging and long-distance transportation. 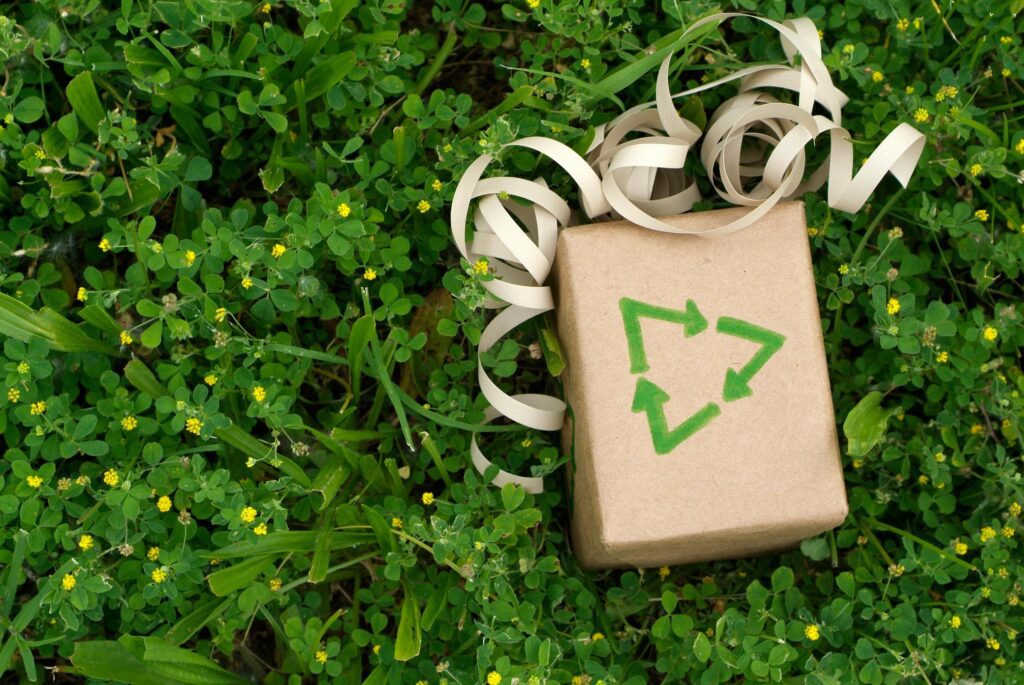 According to a recent poll, more than half of Brits want a more sustainable Christmas this year, particularly as concerns over trash production grow. Thankfully, there are some great ways to do so.

One quick, simple, and impactful change you can make is switching your fancy, glittering wrapping paper for old newspapers, marketing flyers, paper bags, or old gift bags you have collected over the years.

Using cloth bags or cotton scarves to wrap gifts is another option, and these can even be reused by the person you’re gifting it to!

Another benefit of going green with your wrapping is that you can get really creative and express yourself, making the wrapping just as unique and personal as the gift inside.

The impact we could have if everyone chose to ditch wrapping paper this year is staggering. Just a one-tonne reduction saves 17 trees, 18.7 square feet of landfill space, and 4,000 kilowatts of energy.

So, why not make your Christmas a little greener this year and get rid of wrapping paper once and for all?