Over the pandemic, while most people were stuck at home, U.K. pet ownership grew to a record 59% of households. Unsurprisingly, cats and dogs were the most popular, with an estimated 24m of them across the country.

The problem is, however, both cats and dogs eat meat-heavy diets and, as you likely know, meat farming comes with a terrible cost to the environment. The production of animal productions is responsible for the emissions of greenhouse gases, pollution, and toxins.

Exactly how big your pet’s carbon ‘pawprint’ depends on the type and amount of food they eat. However, the average cat is responsible for around 310kg of CO2 emissions a year, and the average dog for 770kg.

If you happen to have a large dog, or perhaps even a horse, this number increases dramatically to an average of 2,500kg a year.

The rising demand for so-called ‘human-grade’ pet foods is making this problem even worse. Instead of using scraps of meat that would otherwise get thrown away, it contains prime meats cuts and other ingredients preferred by people.

This adds extra pressure to a global food system that will already struggle to feed the estimated 9 billion people it needs to by 2050. 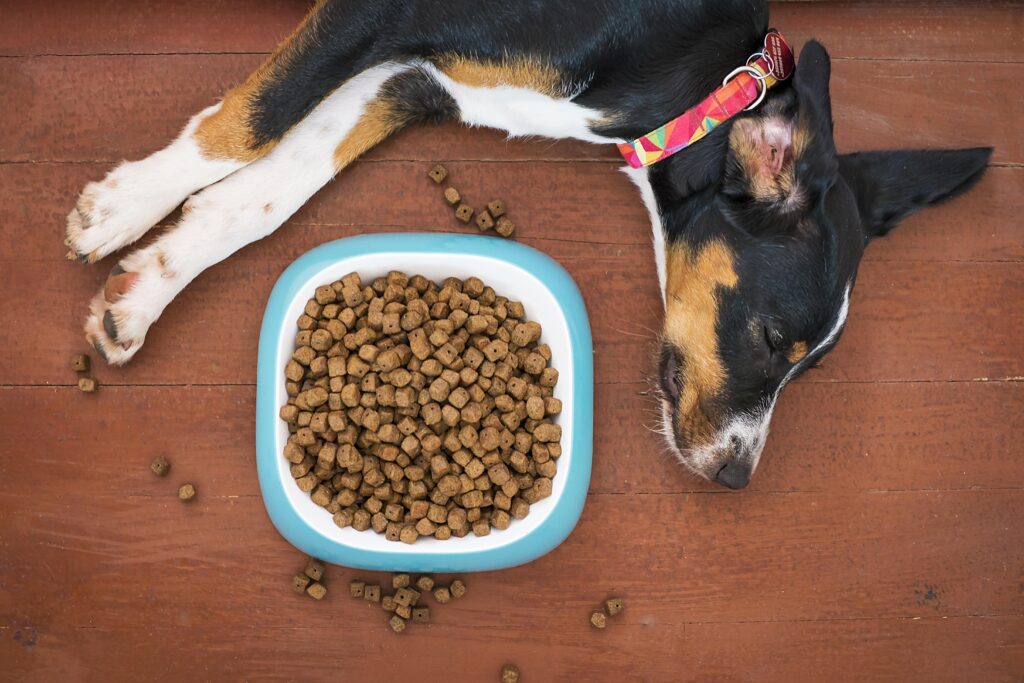 The first-ever study analysing the environmental impact of the global pet food industry discovered shocking results. An area double the size of the U.K. is used to produce dry pet food for cats and dogs each year.

The production of this pet food not only uses up this land, but the researchers also found that it’s responsible for 106 million tonnes of carbon dioxide emissions a year. If a country were to produce the same amount, it would be the world’s sixtieth highest emitter, higher than Mozambique or the Philippines.

The full environmental impact of the pet food industry will be higher than these estimates, however, as this particular study only looked at dry pet food, which only accounts for around two-thirds of global sales.

The researchers believe that because of the increase in pet ownership worldwide, the rising demand for pet food should be factored into all initiatives aimed at improving the sustainability of the global food system.

Feeding your pet more sustainability, however, can be quite the challenge. It takes time for animals to adjust to different diets, so you can’t just switch them on to a completely vegan diet right away.

For cats, it’s not even possible; as carnivores, their bodies need the specific nutrients only found in meat. One day, it may be possible to formulate these nutrients and add them to a plant-based diet, but research hasn’t quite gotten that far yet.

In the meantime, there are some simple steps you can take to ensure your pet is having just as positive an impact on the environment as you are.

First of all, make sure you’re not feeding your pet too much. Over half of the nation’s dogs are obese, putting strain on not only their health but the planet’s too.

You can also check that your pets’ food is produced sustainably and look for certifications such as the Marine Stewardship Council for any seafood.

Individuals and families signed up to Play it Green also have the option to offset the carbon footprint of their pets by planting trees, making the whole family climate positive! 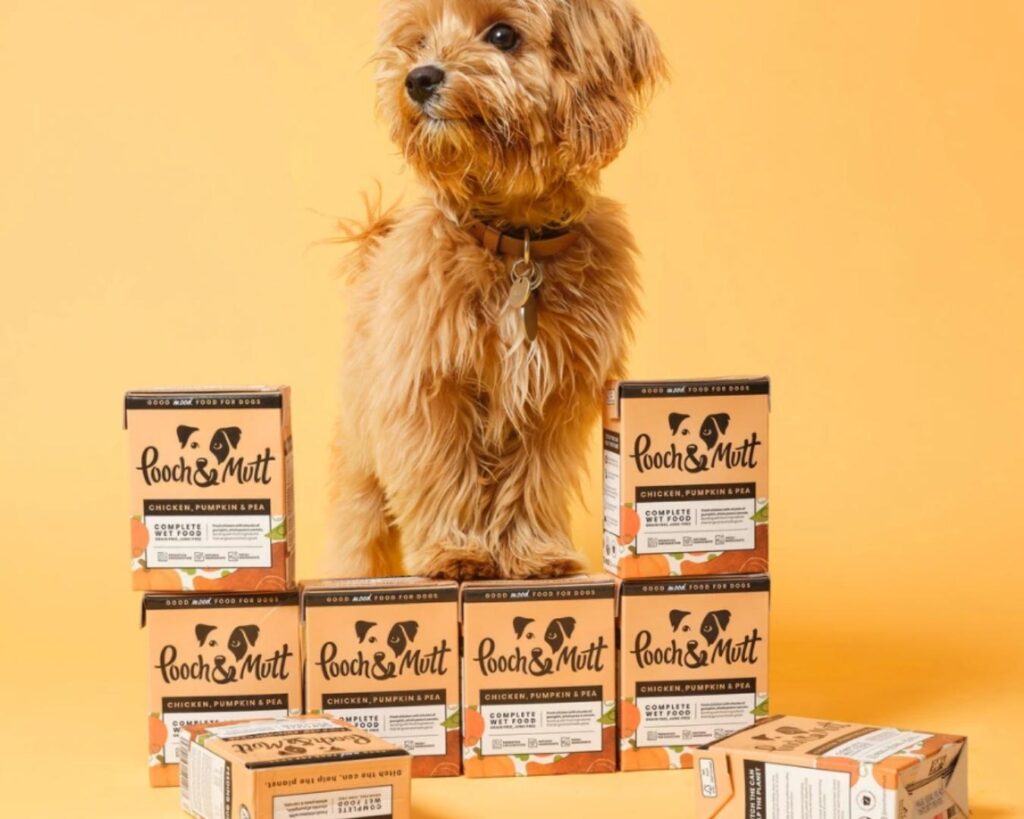 If you are looking for ways to feed your pet more sustainably, Pooch & Mutt provide some great options.

At Pooch & Mutt, their goal is to do our best for people, pets & the planet. They believe that having a healthy mind as well as a healthy body should be just as important for pets as it is for humans.

For this reason, Pooch & Mutt have created an enhanced series of natural meals, treats and supplements that do good and taste good to give your pet the optimal ingredients needed to boost their mood and behaviour, ‘paw-in-paw’ with their physical health.

They are the first pet food brand to use sugarcane as a raw material in packaging. This plant-based plastic is made from the waste of renewable energy source sugarcane, which absorbs CO2 from the atmosphere as it grows, and the waste is usually thrown away, so this is a double-positive.

Pooch & Mutt’s wet food TetraPaks are particularly sustainable, being made from over 70% renewable resources and producing 80% fewer emissions compared to a can.

They have been awarded Ethical Accreditation by The Ethical Companies Organisation every year for over a decade and are constantly looking at ways to improve their business and to lessen their impact, and your pet’s impact, on the environment.

If you want to give them a try, you can use discount code SAVE35 for 35% off your first order.