A good rule for leading a more sustainable life is to ditch anything you can only use once. While water bottles and straws get a lot of attention, cotton buds may be one of the worst offenders.

In the U.K., around 1.8 billion are used and thrown away every single year, causing huge devastation to our environment.

If your cotton buds have plastic stems, the damage will be even worse. Since they are small and light, they float on water and pass through most sewage treatment works, meaning that more often than not, they end up in our oceans or on our beaches.

Even if put in the bin, being made of plastic, cotton buds persist for hundreds of years, getting weathered and fragmenting into smaller particles. This breakdown can release toxic compounds or cause an increase in contaminants in the surrounding water.

Not only does this present a danger to marine and coastal life, but it also presents a health risk to the public either through physical contact or by eating contaminated meat.

Thankfully, many countries in the world (including England) have started to introduce bans on plastic straws and plastic-stemmed cotton buds. 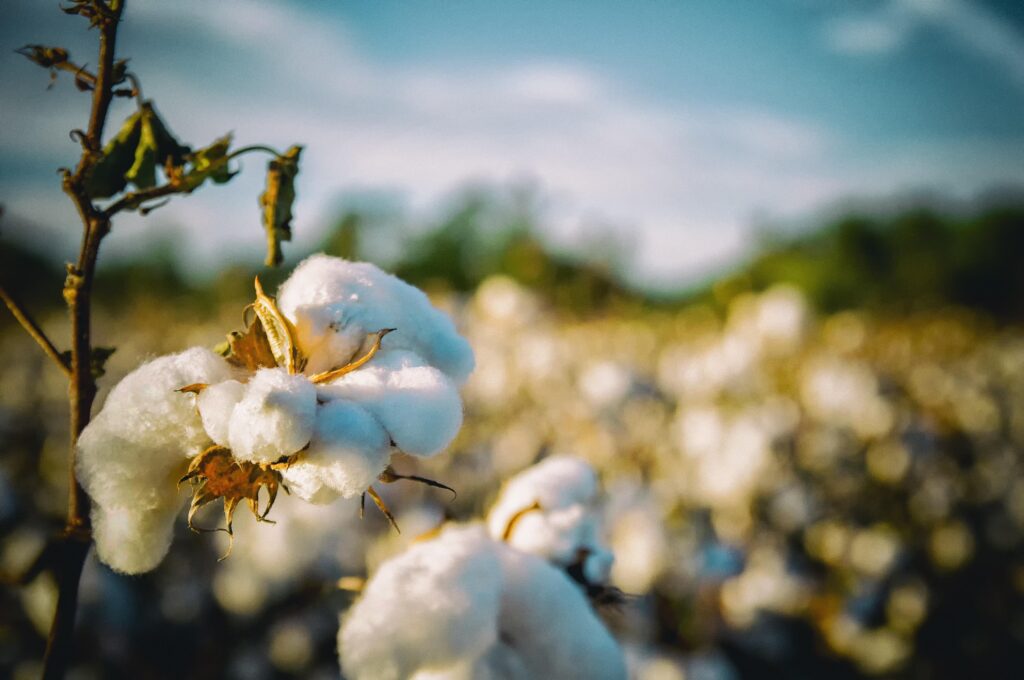 In the future, cotton buds will likely be banned altogether, given that cotton has its own sustainability issues too.

Let’s take the Aral Sea as an example. Ever heard of it? It used to be the fourth-largest lake in the world but, due to cotton cultivation, is essentially gone.

Named by the UN and one of the planet’s worst environmental disasters, the lake has now been replaced by 43 million tons of pesticide-laden dust being blown into the air every year. As a result, this region now suffers from the highest rates of throat cancer in the world.

This is a particularly severe case, but with 10,000 litres of water needed to produce just one kilo of cotton, it is perhaps not surprising. Of course, the amount used in a single cotton bud is tiny, but those little amounts add up.

The reason the water use is so high is because cotton has to be grown in very wet conditions and even more has to be used during the production process.

Making this issue worse than it already is, cotton is also the most heavily sprayed crop in the world. These hazardous pesticides cause vast amounts of water pollution and can cause serious health issues in the local population.

To top it all off, there are also the issues of soil degradation, deforestation, child labour and slavery, and the release of 220 million tonnes of CO2 every year. 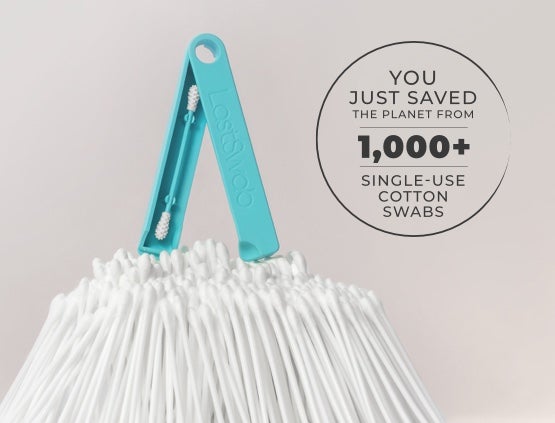 A little depressing, right? Well, thankfully, there is another option.

LastObject are the developers of the world’s first reusable cotton swab, an eco-friendly alternative without the large environmental footprint.

Made from recycled ocean-bound plastic, these zero waste cotton buds are durable yet flexible and made from high-quality, non-toxic material that is both gentle on the skin and easy to clean.

Instead of contributing to marine pollution and heavy water usage, buying a LastSwab actually stops two pounds of plastic from entering the ocean.

With three different models (general use, beauty-orientated, and baby), you’ll definitely find the one that’s right for you.

The LastSwab isn’t the only way the company is reducing single-use items; the LastTissue and the LastRound (reusable cotton pads) also provide you with a way of replacing those environmentally-damaging little everyday objects.

All of their products come with a convenient, corn-based carrying case keeping your products safe, clean, and ready to take with you anywhere.

Special Offer: You can shop any of LastObjects products here and use the discount code ZEROWASTED for 10% off.

Join Play it Green from as little as £1.25 a week to REPAIR the planet through reforestation, REDUCE your footprint with weekly tips and discounts on sustainable products, and REGIVE 10% to a good cause of your choice.
Start Your Journey
Back to articles