Everyone knows that there is a problem with plastic in our oceans, but a lot of people don’t quite know the scale of the issue.

Here are some facts about ocean plastic and a way you can help solve the problem  by making a simple change.

Fact 1 – Plastic will outweigh fish in the oceans by 2050, according to a study released by the Ellen MacArthur Foundation in collaboration with the World Economic Forum.

That’s the same amount of plastic as 74 million double-decker buses!!!

Fact 2 – Plastic makes up 73 per cent of all beach litter, according to National Geographic.

Filters from cigarette butts, bottles, bottle caps, food wrappers, shopping bags, and polystyrene containers are among the litter found in seas and on beaches.

Fact 3 – Plastic poisoning kills an estimated 1 million marine birds and 100,000 marine mammals per year, according to the WWF.

Furthermore, it is estimated that plastic particles are found in the stomachs of over 90% of all birds and fish.

It’s because, in the water, plastic fragments break up into tiny pieces, which are then eaten by fish and other sea creatures. 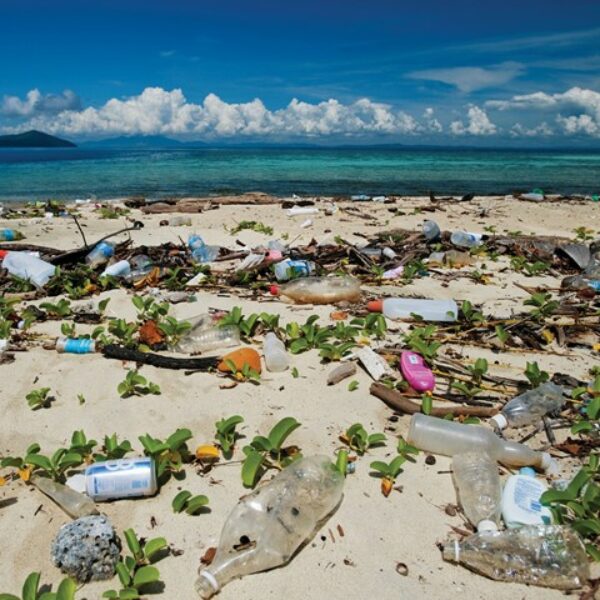 This is quite a bleak outlook, but it’s not all doom and gloom.

Plastic use is being reduced in supermarkets and deliveries as consumers begin to change their buying habits, forcing the retailer and manufacturer to reflect this change.

Online retailers are bringing out innovative products that ditch the need for plastic packaging and bottles.

There are now organisations that harvest plastic waste from the oceans and beaches to be recycled and reused in a more circular way.

Since its inception, Ocean Generation has been a key leader in the fight against plastic pollution. Their story started with the multi-award-winning documentary, “A Plastic Ocean,” which can be seen on Netflix.

Through their research, recycling, and education programmes, they are addressing the plastic crisis.

Another is the Sequal Initiative which collaborates with ocean clean-ups all over the world to add value to the litter they collect.

They transform marine litter into upcycled marine plastic so that leading brands and manufacturers can produce innovative and sustainable goods. 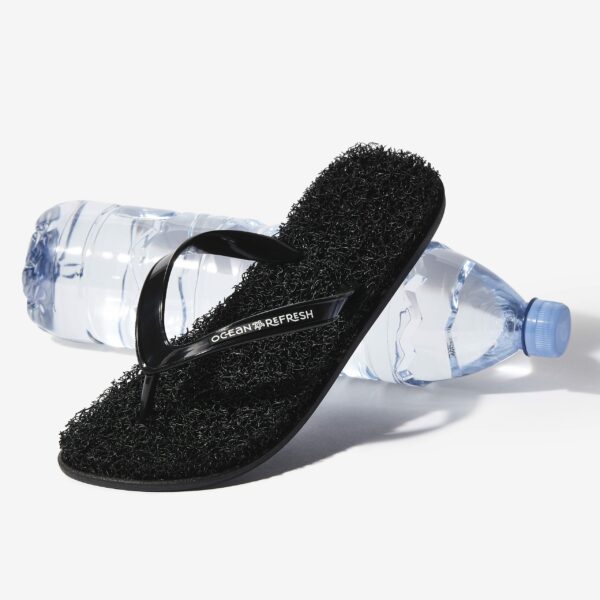 So what can you do to play your part in solving this issue?

One way is as simple as changing your footwear!

Our friends at Ocean Refresh have a mission that drives them to do everything possible to make our oceans cleaner.

Using the ocean plastic which is polluting our oceans and turning it into stylish and comfortable footwear.

Ocean Refresh wants to build a better planet and have a positive impact.

Their shoes are the first step.

Their flip-flops, sliders and shoes are 100% vegan and are fully recyclable and all their materials are sourced ethically.

They even assemble their products with water-based glues.

If you want to switch to a more sustainable footwear option whilst helping solve the issue of ocean plastic, you should head over to Ocean Refresh’s website.

Best of all you can claim a 10% discount using the code PLAYITGREEN10 at checkout.

‘This is another example of innovation in sustainability. Taking a problem and turning it into a sustainable solution, helping everyone take their next step to a more sustainable future with footwear that literally does just that.’

If you want to offset your footprint and then take a gentle journey of sustainability you can’t do better than joining Play It Green!!!