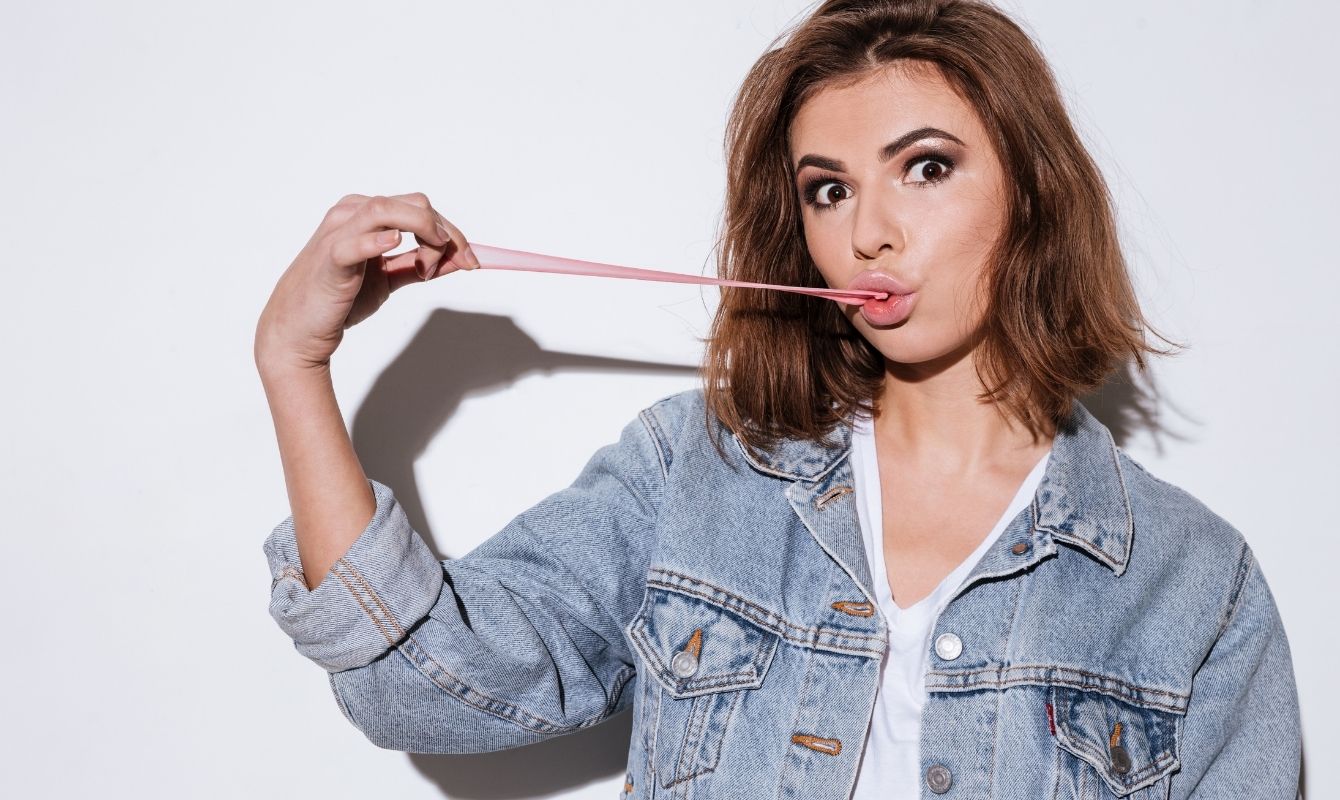 Whether it’s being used as a mid-day breath refresher or in the playground to see who can blow the biggest bubble—chewing gum is a daily habit for many people.

But, if you’ve ever stuck your hand under a school desk or gotten your new shoe stuck in a giant wad of sticky gum, you know how disgusting spit-out chewing gum can be.

What you may not realise is that it can also be harmful to the environment.

Discarded gum is second only to cigarette butts for the worst causes of litter and an estimated 92% of the UK’s pavements have gum stuck to them.

It costs local councils around £60m per year to remove gum from pavements and over 100,000 tons of gum is consumed in the UK each year!

The issue is getting so bad that gum has been banned completely in Singapore.

Chewing gum is made from polymers which are synthetic plastics that do not biodegrade, in other words, you are chewing flavoured, single-use plastic! 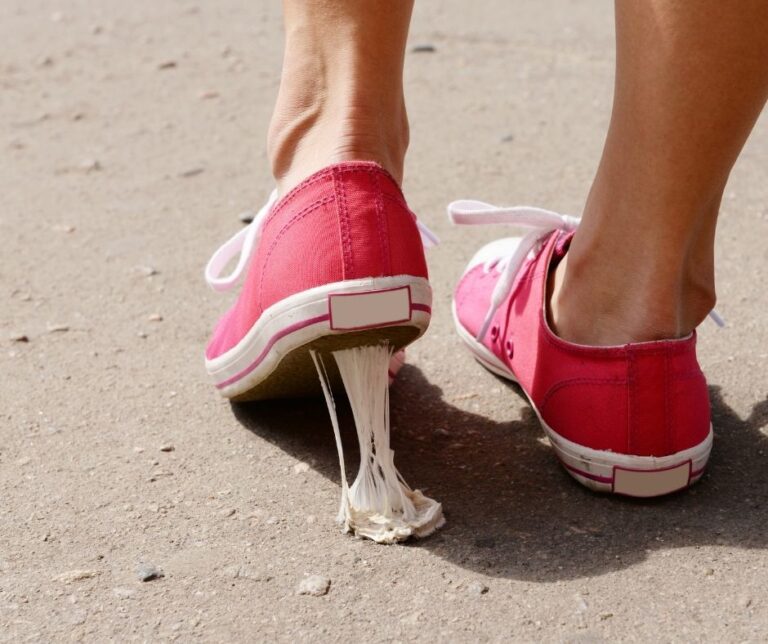 One of the main polymers in chewing gum is also used in glue, inner tubes and engine lubricant.

Gum comes with all the same issues as single-use plastic – it is derived from oil, it takes hundreds of years to break down, it ends up in landfills and worse, in the sea where it is consumed by marine life and is damaging to its health.

But it wasn’t always this way.

In the Americas, the ancient Mayan people chewed a substance called chicle, derived from the sapodilla tree, as a way to quench thirst or fight hunger.

Gum was later ‘reinvented by Thomas Adams from New York in the last 1860s.

Adams began experimenting with chicle as a substitute for rubber, but when this failed, he realized that rather than trying to create a rubber alternative, he could use chicle to produce a better type of chewing gum.

Chewing gum took off in a big way, but by the 1960s to make the manufacturing process quicker and cheaper, manufacturers switched to plastic-based gum.

The world’s largest producer of gum, Wrigley, the company responsible for brands such as Extra, Hubba Bubba and Airwaves has confirmed that polyvinyl acetate is used in a selection of their products.

However, when asked which brands included this ingredient, they were unable to confirm. 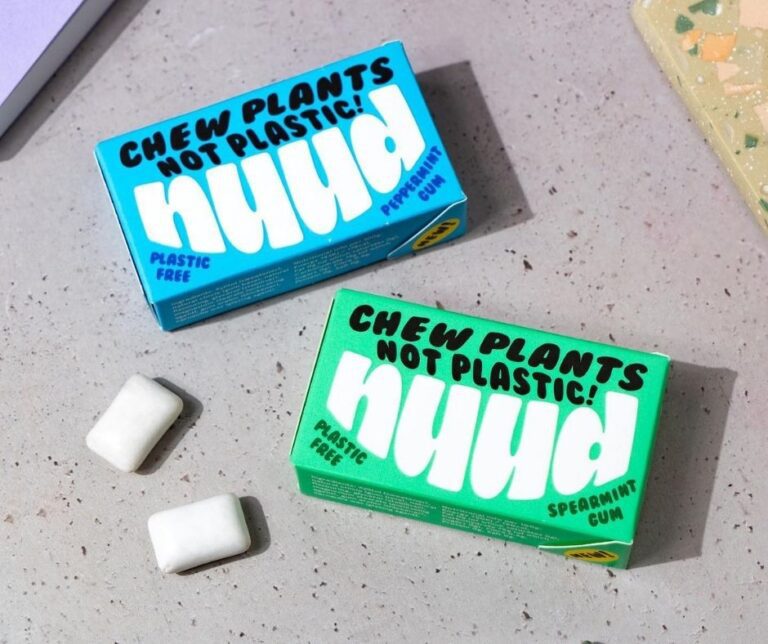 So what can you do to help with this issue you probably didn’t even know existed?

The obvious is to eat less or no gum, but recently several companies have gone back to the old ‘sustainable’ method of making gum.

One of Play It Green’s favourites is a company called Nuud Gum.

At Nuud Gum, they think it’s important that people know exactly what they’re buying, let alone putting in their mouth.

So, unlike regular brands, they can confirm all of the ingredients used in their recipes and fortunately for you, they’re all plant-based and plastic-free!

Nuud Gum makes gum as it was first made hundreds of years ago – using the sustainably harvested tree sap, Chicle as their gum base.

It’s this natural ingredient that makes their gum plastic-free and biodegradable.

So if you want to chew plants not plastic, head over to Nuud Gum’s website now and you can even save money by getting free delivery for the next two weeks!

Oh and don’t forget to check out their fantastic founder Keir Carnie on Dragon’s Den this week!

‘I hadn’t even considered the environmental impact of gum, over and above its impact as litter. The fact that it is made of plastic and is simply another form of single-use plastic has shocked me. Well done to Keir Carnie and the team at Nuud for helping everyone take another step to a more sustainable future!’

If you want to learn how to lower your footprint and help reforest the planet, take your first step on your journey to a sustainable future by subscribing to Play It Green for as little as £1.25/week.