It was Finance Day today at COP26, and leaders from around the world, multilateral development banks, and the private sector all met to talk about the steps they need to take to meet the Paris Agreement.

Chancellor Rishi Sunak kicked off the morning’s Presidency Programme by reiterating the U.K.’s commitment to raise £100bn each year in public funds to combat the climate crisis.

Sunak also announced upcoming legislation which would make it mandatory for certain corporations to set out detailed public plans by 2023 on how they will reach net-zero.

This will include all financial institutions and companies with shares listed on the London Stock Exchange. It will also leave firms and their shareholders to decide how their businesses adapt to this transition, including how they intend to decarbonise.

An independent taskforce will lead the project, which aims to increase accountability and help the U.K. become the “first-ever net-zero aligned financial centre.”

Earlier this week, the British Government also announced that its Glasgow Financial Alliance for Net-Zero, or GFANZ, now represents more than $130trn of assets under management, around 40% of the world’s total financial assets.

These are managed by 450 firms across 45 nations from all parts of the financial industry, all agreeing to commit to limiting global warming to 1.5°C.

Former Bank of England Governor Mark Carney also spoke at COP26 today, saying, “In finance, candidly, these issues were viewed as CSR, not as a strategic imperative.”

“The money is here today, but that money needs net-zero aligned projects,” he continued, “There’s a way to turn this into a very powerful virtuous circle. This is what we need to crack over the course of this year.”

The U.K. and the U.S., along with 40 other nations, have announced that they will impose standards, incentives, and rules to create markets for new technologies.

If successful, this could dramatically lower the price of green tech worldwide and help fund renewable energies in developing nations.

News also comes from Indonesia and South Africa, who have both vowed to end coal power production by 2040 if they receive enough financial support.

This is a huge step as both countries rely heavily on the fossil fuel for energy, with it making up a whopping two-thirds of Indonesia’s energy mix.

South Africa is already set to receive $8.bn from wealthier nations to help them reach this target, a move which President Cyril Ramaphosa noted as a “watershed moment”. 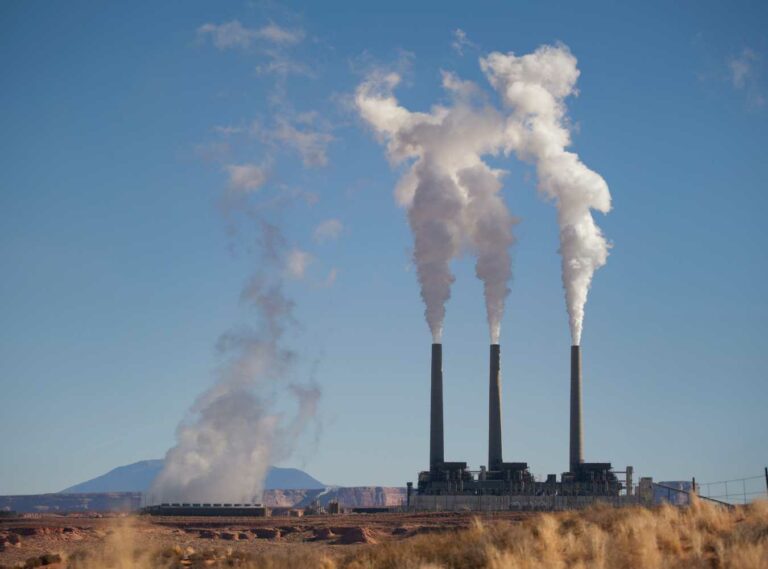 Governments and financial organisations weren’t the only ones making pledges today.

In an industry first, twelve major broadcasters have signed up to The Climate Content Pledge, including the BBC, ITC, Channel 4, Channel 5, and Sky. Together, they account for more than 70% of the time U.K. audiences spend watching TV and film each year.

The Content Pledge will see these broadcasters help audiences “understand what tackling climate change might mean for them, as well as inspire and inform sustainable choices.” It also emphasises the need for cross-industry collaboration in meeting their targets.

There was even more huge news from the sports sector, with organisations such as Fifa, the Olympic Committee, and the Premier League agreeing to new climate change targets today.

These were introduced as part of the United Nations Framework Convention on Climate Change and include reducing greenhouse gases by 50% by 2030 and reaching net-zero by 2040.

Fifa president Gianni Infantino noted, “Climate change is affecting lives of entire communities. Football is not immune to significant changes around the world, with grassroots and elite football being affected.

“Our climate strategy lays out our plan to protect our planet and beautiful game by reducing emissions and tackling climate change.”

This comes after some exciting news from us here at Play it Green.

We have partnered with the International Federation of American Football, or IFAF, to help them reach their own Sustainability Vision.

IFAF run a number of international tournaments, including World Championships, and have a membership spanning seventy-one nations. You can read more about our partnership by clicking here.

You can also click here to catch up on yesterday’s COP26 news, and if you want to stay even more up-to-date, make sure to follow us on Twitter.